The Twin Frozr cooler has been around for a while now in one form or another. It has proved very popular amongst enthusiasts due to the robust aluminium design and because it is one of the quietest on the market today. Most importantly, the Twin Frozr cooler is one of if not the most efficient at dissipating heat from the graphics core. This in turn means that higher overclocks can be attained through voltage and clockspeeds unattainable with lesser cooling designs. We should know, we use one in our motherboard test rig! MSI then, it seem have created something every overclock dreams of. A cooling design is only as good as the hardware it is meant to cool though and on this occasion, MSI have chosen the AMD HD7870, a GPU that is not exactly blisteringly hot to begin with. 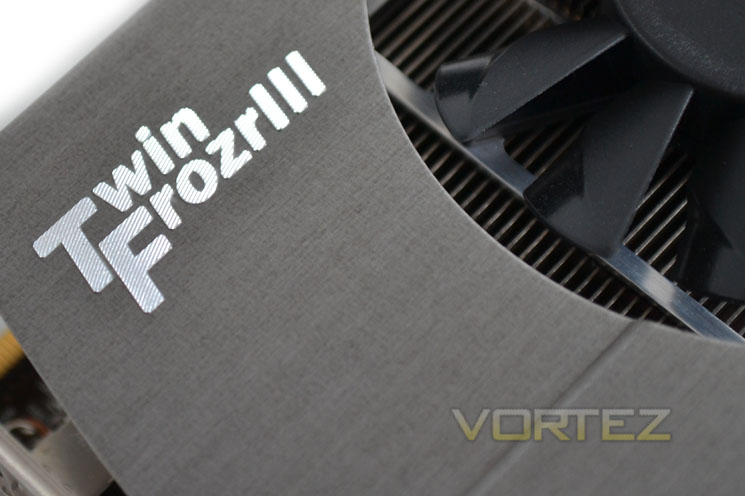 The HD7870, while being a good card has failed to ignite the imagination and perhaps more importantly, raid the bank accounts of the enthusiast market because it is simply too expensive. Recent price cuts by both AMD and NVIDIA have only served to highlight this, making the HD7870 a difficult card to recommend for while it has the performance, it is a little too close the high end offerings in terms of price. How MSI expect to move the HD7870 Twin Frozr equipped graphics card in significant numbers at an inevitable price hike therefore remains to be seen. If the card is as good as previous Twin Forzr cards, [if it can overclock past it's already factory overclocked state, being that it is an Overclocked Edition and if it can hold it's own against the big boys then MSI might just have a card that works out to be a bargain. However, with just 2GB GDDR5 and the lessor Pitcairn XT GPU compared to the Tahiti and Kepler equipped offerings, it would be easy to dismiss this card as a sheep in wolfs cloth.How wrong you would be to do so...

There are currently 898 user(s) online:
Google