The GAMING X TRIO was first introduced under the NVIDIA GTX 10-series and this class of GPU represents the bleeding edge of what MSI has to offer. Think of it as their flagship classification. This series debut arrived at the tail-end of last year, when the GTX 1080 Ti had already been on the market for a good eight months, but with the new RTX 20-series, MSI have their GAMING X TRIO locked and loaded from the very start and are straight out of the gate.

The RTX 2080 Ti GAMING X TRIO is armed with MSIs TRI-FROZR cooling solution which consists of three cooling fans, twin heatsinks and seven copper heatpipes. Along with this monolithic cooler, we also benefit from a factory overclock to the GPU boost clock and RGB LED lighting by way of Mystic Light.

The GAMING X TRIO is among the fastest RTX 2080 Ti graphics cards on the market, but can it rise to the top of the leaderboard? 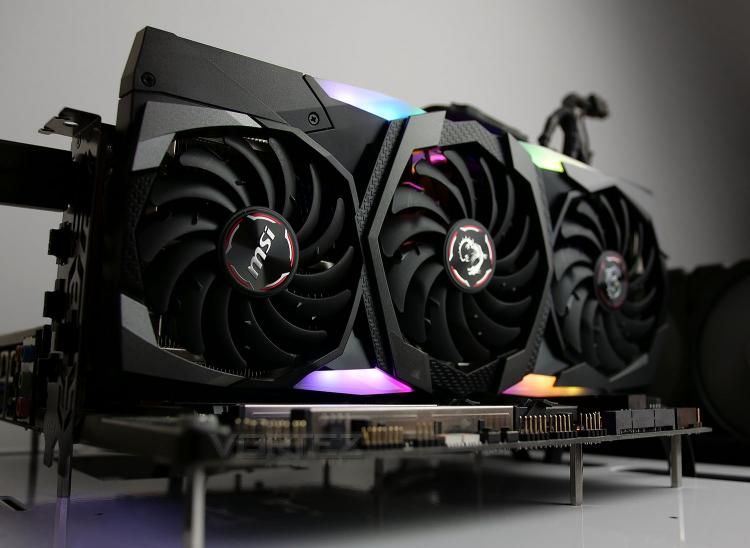 MSI on their GAMING X TRIO
The GeForce RTX 20 Series GAMING TRIO is the return of MSIs mighty three-fan graphics card. Only reserved for the most powerful of GPUs, the TRIO Series features a mix of black and gunmetal grey with elegant shapes and a classy brushed metal backplate that matches the front. This looks great with the gorgeous RGB effects found on the front and the side of the card, which can be controlled using MSIs Mystic Light software and made to synchronize with other RGB components.