👤by David Mitchelson  Comments 📅23-04-12
Closer Look
Beginning at the CPU socket area we will take a closer look at the various aspects of GD-65. Being a Z77 motherboard the socket here is LGA1155 and has compatibility for Intels 2nd and 3rd Generation of CPUs (Sandy Bridge and Ivy Bridge).

MSI have chosen to go with two rather large heatsinks to cover the MOSFETs  these heatsinks have a single heatpipe connecting them. Its worth noting that these heatsinks are significantly larger than what other vendors have used. MSI are using a 10 + 2 phase power design with Military Class III components around the CPU socket including SFCs and Hi-C CAPs. Next to the heatsinks is an 8-pin CPU power socket. 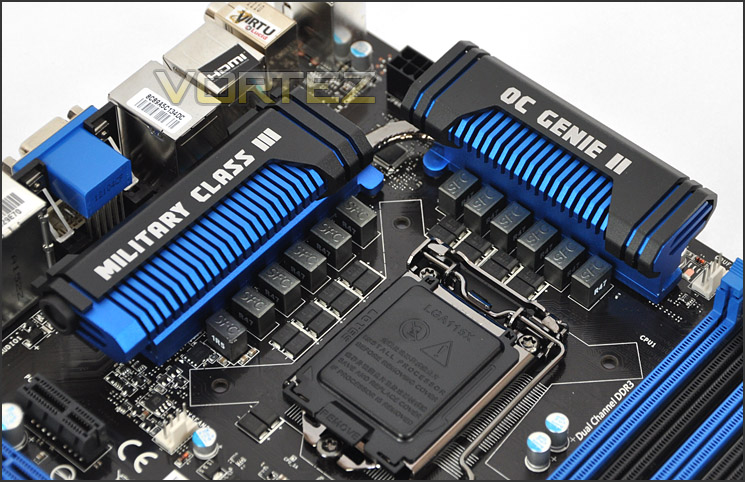 Moving to the memory slots  there is support for dual channel DDR3 from 1066MHz up to a phenomenal 2667MHz (OC). In the corner MSI have chosen to place the onboard power, reset and OC Genie II buttons. These buttons are extremely useful for those who plan to use their system outside of the typical computer chassis.

The OC Genie II button meanwhile allows for an instantaneous boost to a pre-defined overclock frequency specified in the BIOS. This frequency can be completely customised to the desire setting. For a living example of how this works check out our MSI OC Genie II Demo.

Next to these buttons is a small blue connection hub  these are the Voltage Check Points and allow various voltages to be read on-the-fly via a multi-meter. This type of feature is generally used by advanced users. 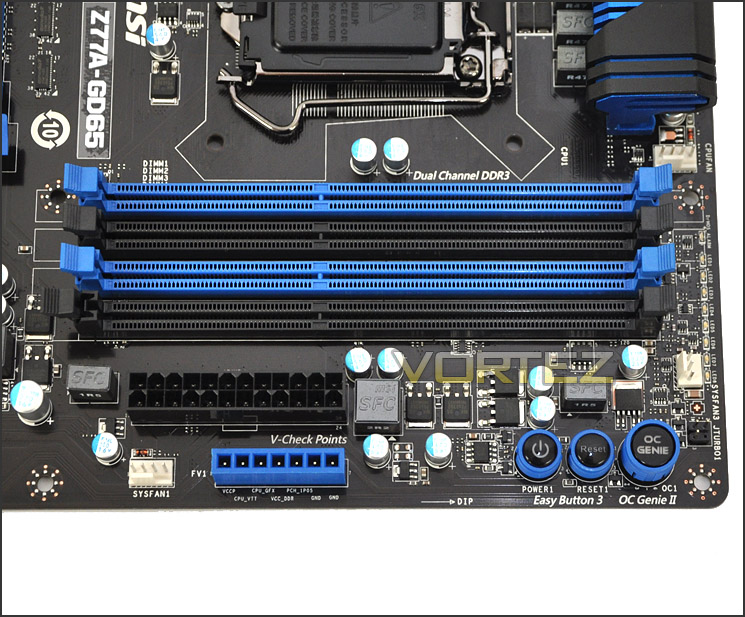 Numerous features around the memory slots 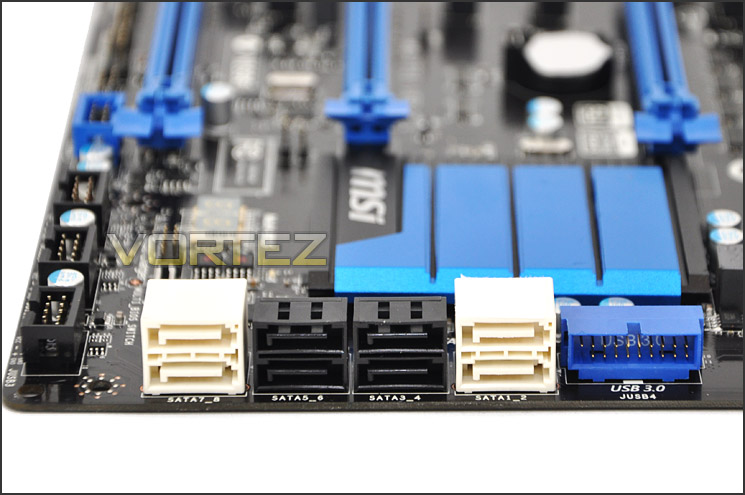 Over on the other side of these storage ports are even more features. There are an additional 3x USB 2.0 headers and some other interesting things too. Dr Debug has its place on GD65  if you arent familiar with this feature, the LED panel displays various codes as you boot beyond POST and into Windows. A particular code will display if you are having specific issues with a particular component such as memory and then referring back to the user manual with this code helps to identify what is wrong with the system so that you can be on your way to a solution. Immediately next to this are two BIOS chips and a BIOS switch, giving you the ability to boot to different BIOS  especially useful if you are overclocking and come into problems upon boot.

Behind all of these features is a large heatsink covering the Z77 chip. This heatsink covers a wide space but is short so that there are no problems with graphics card compatibility. 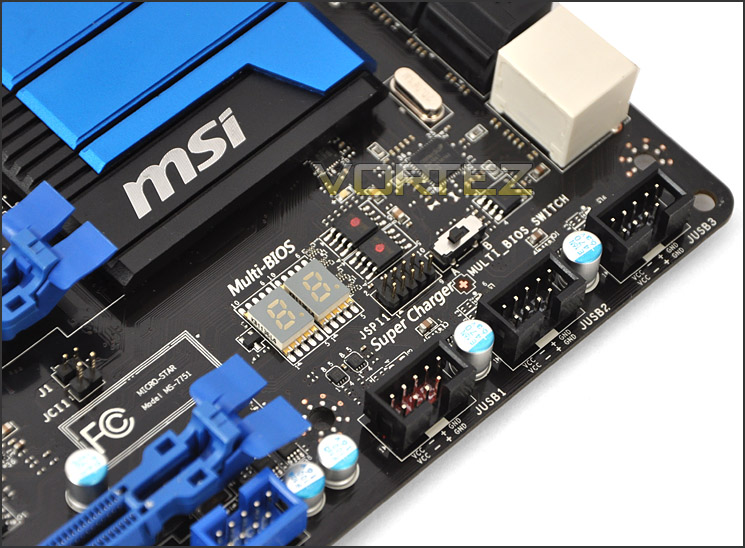 Dual BIOS with switch plus DrDebug

Turning our attention to the area that most will be interested in, the PCI-E section  we see a variety of slots. The 4x black slots are PCI-E 2.0 x1 whilst the 3x blue slots are PCI-E 3.0 with support for NVIDIA SLI and AMD Crossfire. The top slot is x16 whilst slot two is x8 and slot 3 is x4. If you are using a single graphics card then its advisable to use the top slot but if you are using multiple graphics cards then this will drop down to x8 with 2-way SLI and Crossfire or x4 with 3-way SLI/Crossfire. 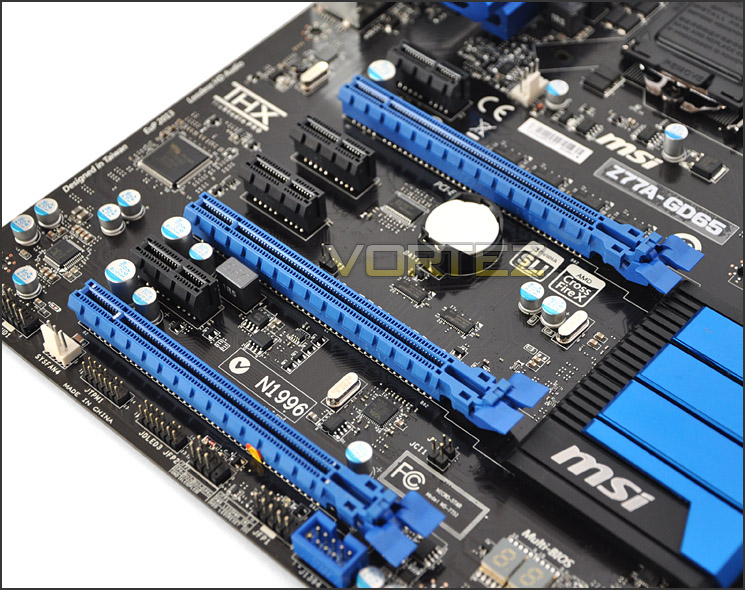 PCI-E 3.0 slots with support for NVIDIA SLI and AMD Crossfire

Lastly we come to the rear IO ports. Here there is again a selection of different ports to use, including: