Once upon a time, the main limiting factor for your gaming latency was your internet service provider, generally relying on copper cabling the entire way to your local cabinet, sometimes presenting upwards of 100ms (milliseconds), or worse, to your favourite game servers. However, in recent years, this has begun to change, with the introduction of mainstream fibre obtic internet, bringing some internet connections down to less than 10ms (milliseconds) for the lucky few in the best locations. This shift in the balance of latency has put increased pressure on networking manufacturers to improve their products, reducing internal latencies down to microseconds (millionths of a second.)

Netgear have designed their latest XR500 Nighthawk Pro Gaming router from the ground up to provide the optimum gaming experience; packing features like a dual-core 1.7GHz CPU, 512MB of RAM, 256MB of flash memory and four antennas for extended wireless range. We also see things like an advanced QoS system, optimising your gaming traffic, and a Geo-Filter which blocks hosts and game servers outside of a specified region. 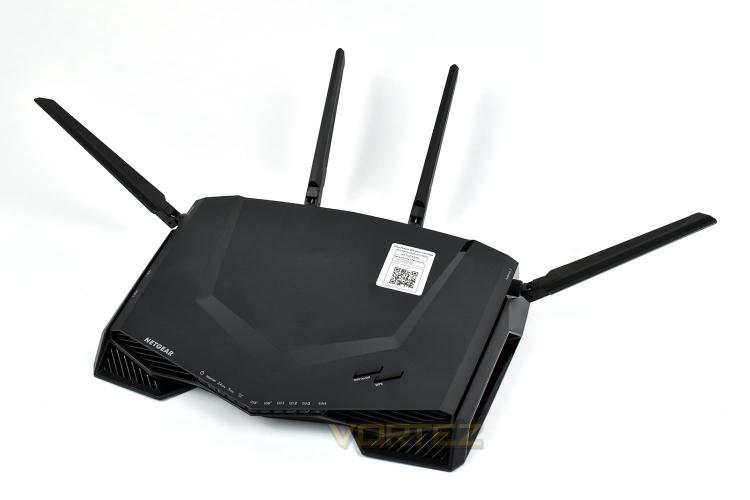 Seemingly styled after an alien spaceship, fitted with a row of LEDs along the front and cooling vents placed everywhere, and not to mention the plentiful antennas protruding from the top, the XR500 is certainly appealing to gamers.

Arriving on the shelves with a price tag nearing £250, the Nighthawk needs to give your network a massive boost to warrant such an outlay. Well throw some benchmarks at the XR500 and also check out the day to day features and give our verdict at the end.

Netgear on the XR500:
Nighthawk Pro Gaming is designed for the ultimate gaming performance. The XR500 Router takes the best-in-class Nighthawk features with cutting edge software, giving you the power to win. Compete in FPS games and make sure that your Twitch stream has the highest quality with stability. Optimize game performance and kill lag before network issues arise.