👤by Matthew Hodgson  Comments 📅10-08-18
Conclusion
In todays world, the importance of having a permanent, stable internet connection is almost priceless; making the choice of the correct network hardware all the more crucial. The Netgear XR500 would make an excellent choice for anyone who takes their gaming seriously, offering an awesome high-throughput, low-latency experience which is configurable via the DumaOS software.

Netgears XR500 asks a lot from your wallet, almost £250 to be exact, and while thats a lot of money, the bleeding edge of technology always arrives with a premium; however, having said that, we feel as though the budget couldve been better distributed throughout the device. The plastic enclosure, for instance, feels cheap. Very cheap. A metal enclosure wouldnt cost a lot to produce and would give the Nighthawk a certain premium feel. Some may say that its what inside that counts, and they may be right, but as an overall package, it fails on this front. We also want some mounting hardware on the bottom of the router.

The styling is also something of a Marmite situation. Its quite garish and in your face, and also isnt small in any sense, occupying a lot of shelf space. Netgear have definitely designed this to sit on your desk, looking angry and meaningful. Those that dont like the styling may want to hide it away, which is another argument towards the mounting holes.

DumaOS on the XR500 is in its infancy, and is the first consumer device from Netgear that uses this feature-packed OS, but We love the intuitive feel and the colour scheme. We also see a lot of potential that may well come in the near future via firmware updates. Remaining on the DumaOS for a second, the Geo-Filter is useful for console gamers, preventing servers from connecting outside of a specified radius and those in a busy household may find the QoS to be a life-saver when their gaming latency takes a tumble. 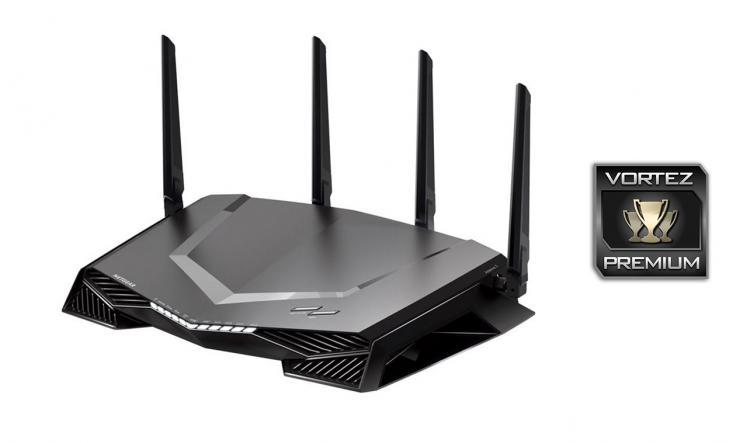 If gaming is your bread and butter, the XR500 should be given some serious consideration. The Nighthawk provides a suitable net connection for all of the family.