👤by Matthew Hodgson  Comments 📅19-03-19
Closer Look
Removing the plastic protective cover, its refreshing to find that the WiFi credentials sticker is not stuck to the body of the router and is instead part of the easily removeable plastic; last year we had no end of trouble fully removing the sticker from the matte plastic body.

Compared to the XR500, the Lamborghini-style body has been completely dismissed, going for a much more flowing and colourful design with a swooping red section and smooth plastic body.

Its difficult to not notice the thickness of each antenna at this point, compared to the thinner profile of the XR500. Netgear have done this to improve the reception of signals from mobile devices. While Netgear can boost the signal power more and more with each new generation of routers, picking up a weak signal from a mobile phone thats too far away can still be a huge limiting factor to overall WiFi speed; to combat this theyve moved the WiFi amplifiers into the antenna themselves instead of being found as part of the motherboard in the body of the router. This move decreases signal losses during the transmission from antenna to motherboard.

Due to Netgear using these Enhanced Active Antennas, theyre not removeable as they are on most router models. 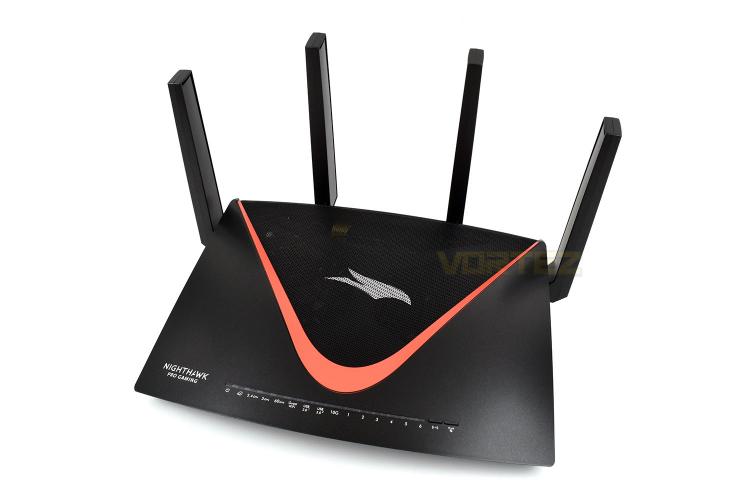 Along the front is a mass of white LEDs indicating just about everything you could need to know. These can be toggled on or off, however. Handy if youre placing the router under your television or somewhere that flashing lights could lead to irritation. 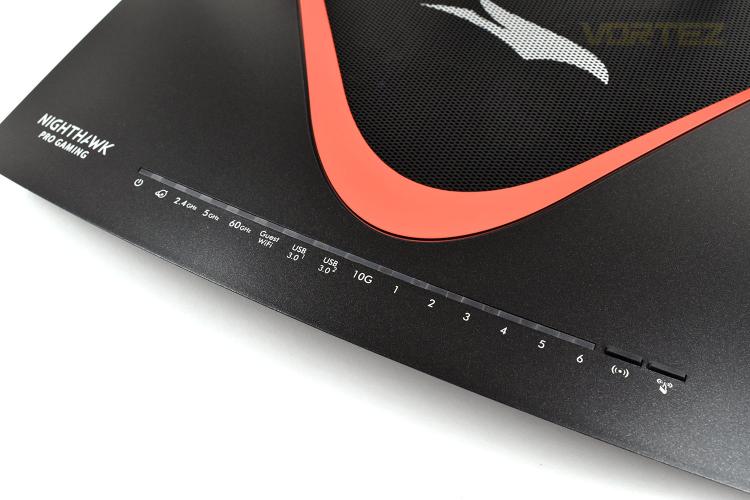 Behind that meshed section is all of the powerful circuitry, including a small 40mm fan to help keep components cool. 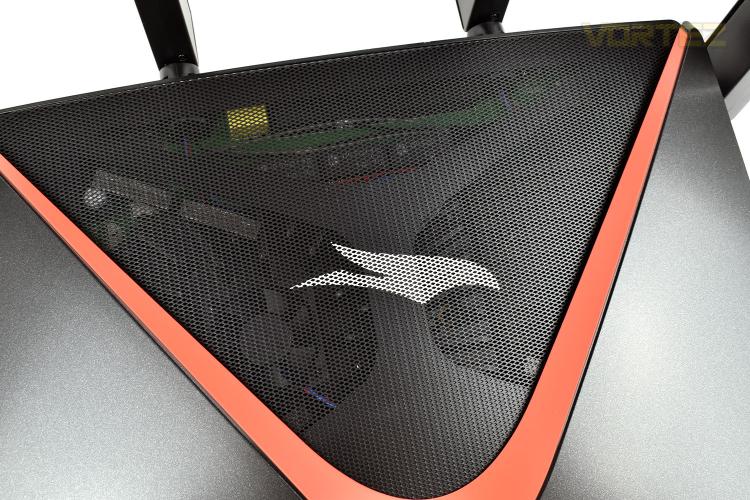 Moving our eyes round to the rear of the XR700, starting from the left, we have an LED off/on toggle, controlling the row of LEDs on the front of the router. Theres then a bank of six Gigabit ports, two of which can be aggregated for a theoretical 2Gbps connection to supported devices. Theres then a seventh Gigabit port for connecting to your modem, made obvious by the yellow colour. After the third antenna is the 10Gigabit connection, which requires an SFP+ module, available separately. Finally, the power connection and on/off switch. 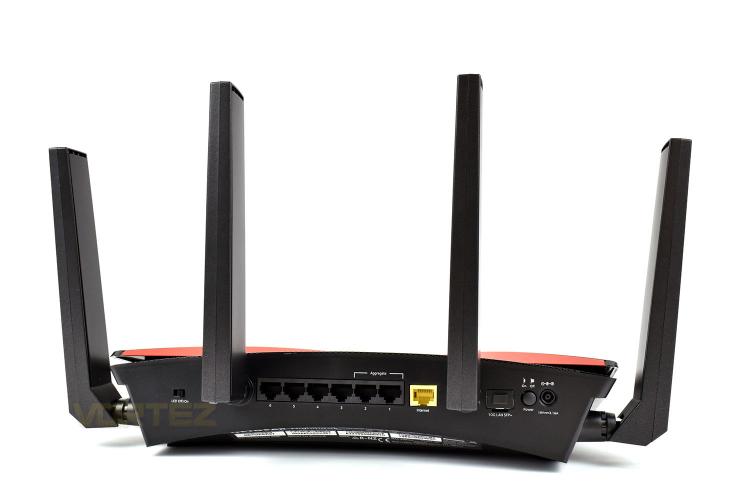 Last, but not least, we flip the router over and look at the base. Running along the right and left are two thick rubber feet; between those feet is a large perforated metal section to provide more fresh air to the components inside, working in tandem with the meshed section on the top.

The upside-down keyhole slots have been added since the XR500, allowing the router to be mounted on a wall or flat surface, or even up high in a large building to make best use of those substantial antennas. No mounting hardware has been included though, which is a bit tight considering the £450 asking price. 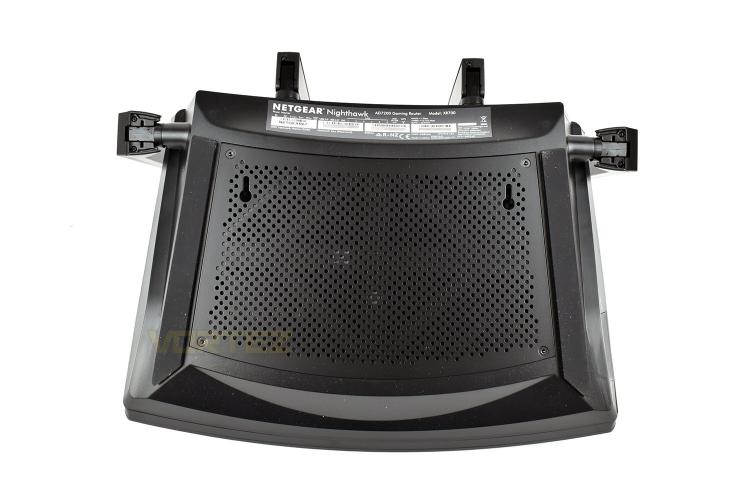