👤by Matthew Hodgson  Comments 📅19-03-19
Conclusion
After testing out the DumaOS settings and throwing some files through it, its evident from the graphs that Netgear have improved over the XR500, considerably so in terms of speed at a distance, with our 12M graphs, through three reasonably solid walls, showing speeds way in excess of its predecessor, mainly so in terms of uploads. The upload speeds, as promised by Netgear in the marketing, can likely be attributed to the signal amplifiers being moved to the antennas, helping with reception from devices with weak wireless performance.

The chassis also sees a large change, moving away from the Lamborghini-esque style and going to something much curvier and better suited to a hallway table or beside the living room TV; all the while, it keeps a gaming style that would not see it out of place alongside your pride and joy battlestation.

The initial setup, following the included guide, was as easy as they come. The XR700 detected the settings from our modem automatically, ran a speed test to detect the bandwidth, with perfect results, then ran us through a short setup process to ensure everything is operational. The process was easy with the XR500 but even easier with the XR700.

Something which really bugged us about the previous Nighthawk was the sticker on top of the matte-plastic chassis. Weve been using that router since the review back in August and after several attempts, using solvents and sticky-stuff-remover, it still wont completely budge. Netgear have now moved the information onto the bottom of the router instead of a pesky sticker, but, ideally, wed like to see a removeable card which can be handed to friends or easily moved around for better access.

Netgear have kindly added mounting brackets to the bottom of the router, allowing you to place it wherever you fancy; this is a feature we thought was missing from the XR500 so its nice to see theyve listened and added it to this model, though some mounting hardware wouldnt have gone unappreciated.

Now, moving onto the negatives, of which there are a couple of big ones. First off, we saw Netgear advertising this to be used with their Netgear SX10 switch, which boasts 10Gig ethernet connections. However, to actually make use of the 10Gig connection, youre required to spend roughly another £300-£400 on an SFP+ module; SFP+ is enterprise-level equipment that generally doesnt filter down to consumer devices such as the home-router. Really, we expected to see one or two 10Gig ethernet ports, just like on the SX10, to enable out-of-the-box functionality. The second big issue we have is the inclusion of 802.11ad wireless connectivity; some may argue that the routers pricetag dictates that it must utilise 802.11ad for users seeking the fastest WiFi possible, but the fact remains that its only useable within the room that your router is located, is available on very few devices and, as a new and expensive feature, will add considerably to the cost of the router, which itself is trying to justify.

Finally, the price. The Nighthawk XR500 arrived on the shelves at £249, an already costly outlay, but it offered improved performance and gamer-orientated features within the DumaOS; now, with the XR700, Netgear are asking £449. Thats a serious amount of money to ask for consumer-level network hardware. Our bottom line would be, if you will make use of the SFP+ 10Gig port (with the extra £300-£400 hardware) and the 802.11ad would be used, then its an excellent piece of kit, but for the performance gains at 2.4GHz and 5.0GHz, wed have to recommend you saved £200 and bought the excellent XR500. 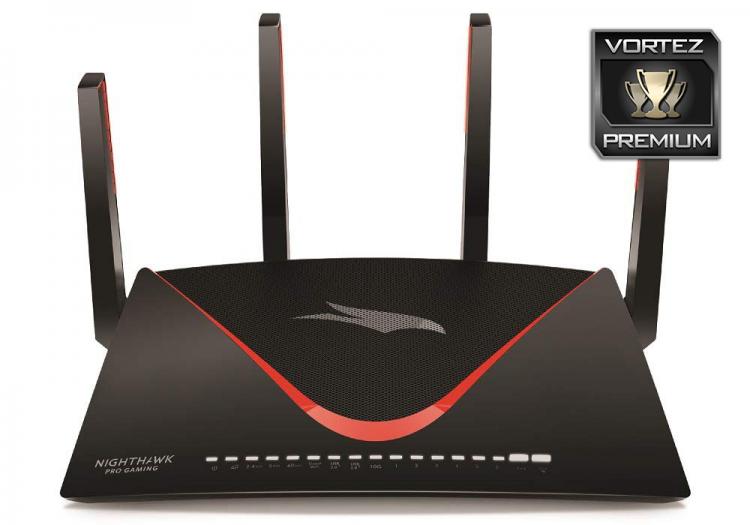 The Nighthawk XR700 beats out its predecessor in all of our tests, but you best be making use of the high-end features to make sense of such a purchase.

Neutral
+- 802.11ad gives a very limited advantage
+- Costly but gives features that could warrant the price