👤by Matthew Hodgson  Comments 📅11-01-18
Packaging & Included Parts
The Nitro Concepts S300 arrived in its own packaging, which once unpacked, turned out to be more than good enough for the job. The external box was triple corrugated and measured in at around 880mm x 380mm x 700mm and weighed around 25kg. Between each of the substantial parts is a layer of thick paper and foam to prevent any damage in transit, as well as each part being bubble wrapped or packaged in Nitro Concepts branded bags. 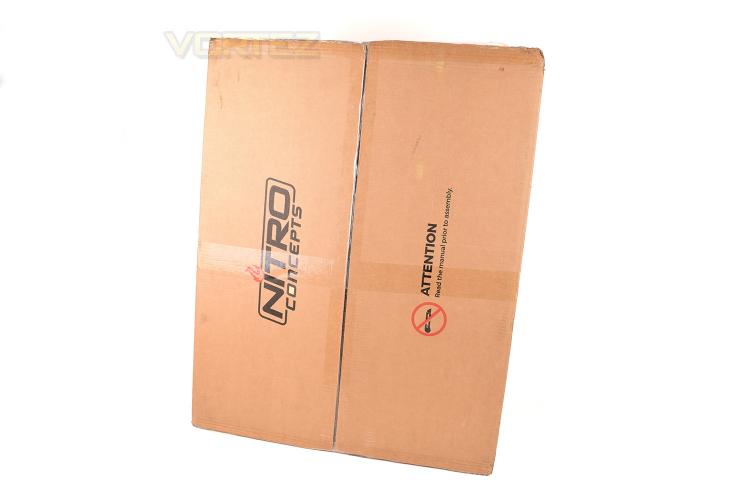 The backrest feels immediately premium, with an incredibly thick fabric used, as well as a heavy gauge of thread to further that feel. At the top of the headrest is a stitched Nitro Concepts logo which corresponds to the colour of the chair chosen, in our case, black. Directly below is a cut-out section which serves two purposes; it further reinforces the feel of a racing seat as well as allowing anchor points for the lumber support cushion. 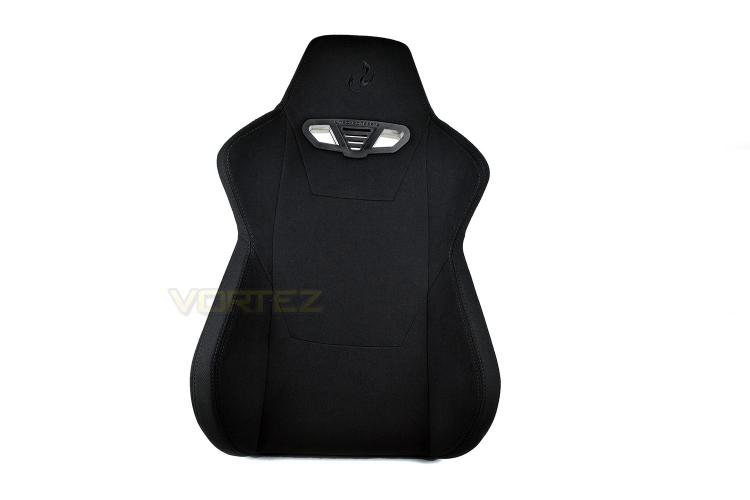 The base of the seat is built from a solid steel construction upon which the cold foam upholstery is mounted. The same cold foam is used as the padding on the back of the chair. The 3D arm rests feature 3 different axes of movement. 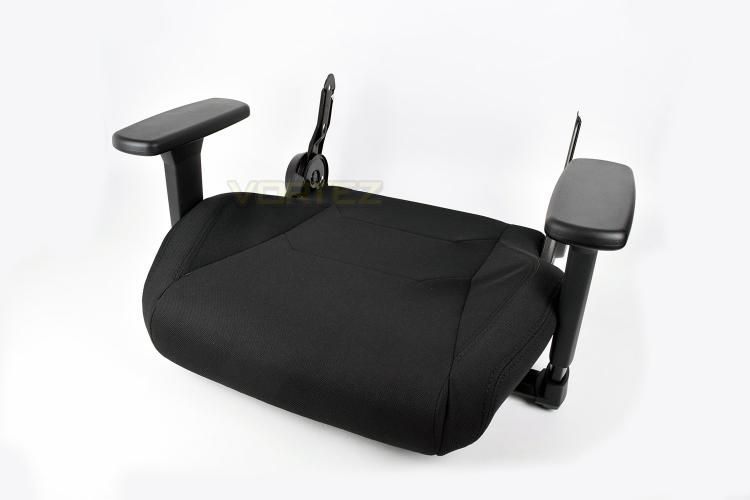 Flipping over the base of the chair, that steel construction becomes immediately apparent. You can also see some heavy duty metal clips used to hold the fabrics in place. The width between the arm rests cannot be adjusted while sitting in the chair, however, using the 3 Allen-key bolts on the underside provides roughly 25mm of adjustment on each side. 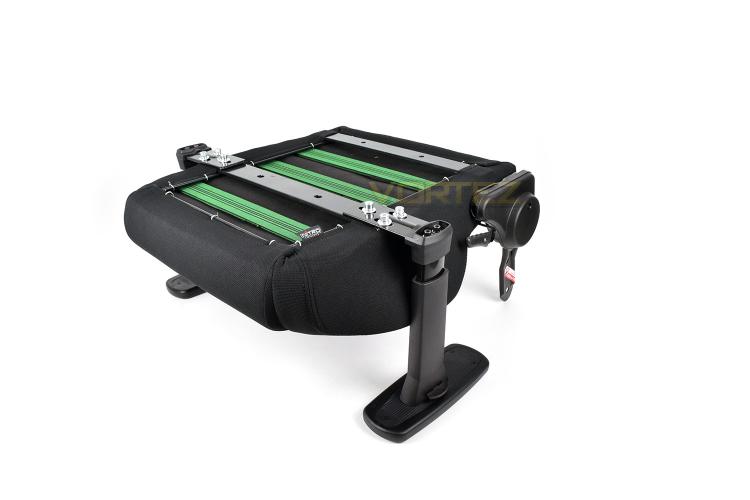