👤by Ed Hume  Comments 📅26-07-14
Results of Testing
The charts below show standard and industrialPPC fans. On the left you will see the fan model followed by the nominal or measured RPM. On the bar side, in blue, we first have the nominal or measured SPL, measured in dBA. In brown we have the airflow through the rad, in green through the filter, and in red the unobstructed airflow. For the fan specifications, the airflow was restated in CFM. Where you see avg, the SPL and the output of two fans was averaged to produce the results you see. 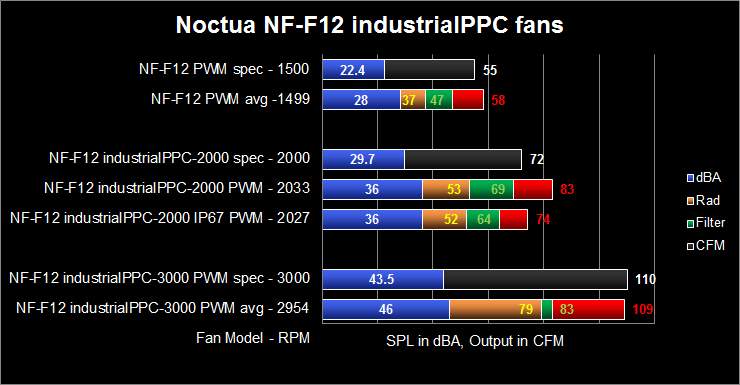 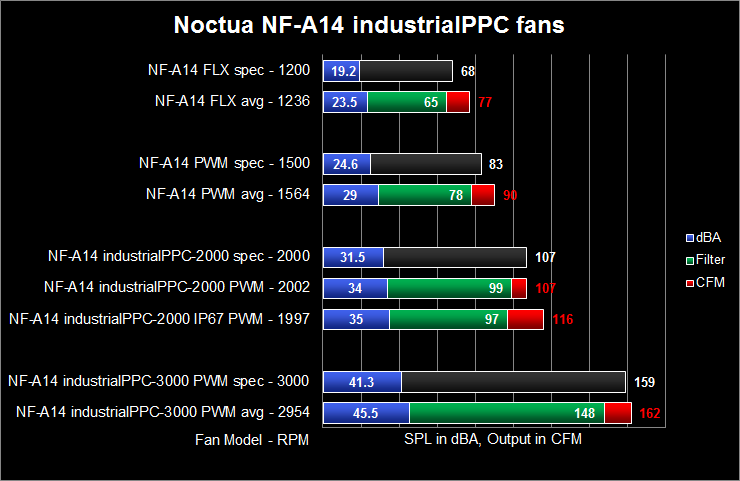