👤by Ed Hume  Comments 📅26-07-14
Fans Under Water
When Noctua sends you IP67 fans, it would be a shocking waste of an opportunity not to test them by putting them under water. Accordingly, a sink was filled with 30cm (a foot) of tap water, and the fans were submerged, and the timer set for 15 minutes. In the picture below, you can see where the water comes up to the 30cm mark on the ruler. And there, underneath, are the two IP67 fans. 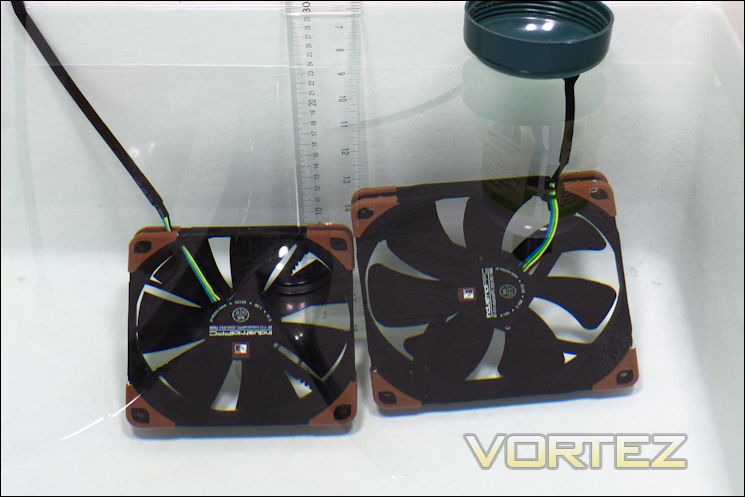 When the timer sounded, the fans emerged. Allowing them a little time to drip, but not enough to dry, their outputs were measured again.

The difference is well within the margin of error on these tests. In essence, the fans blew the same amount of air before and after they were dunked.