👤by Matthew Hodgson  Comments 📅18-06-19
Conclusion
To attempt to give you, the reader, a better and more realistic understanding of the differences between thermal interface solutions, we decided to use an AMD Ryzen 7 2700X. This is a CPU with a 105W TDP that operates on a 12nm process. The popularity of the CPU as well as its reasonable heat output makes it suitable for our purpose.

The first thing that became obvious to us when testing the Noctua NT-H2 was how much the viscosity of the TIM has changed, its much runnier and easier to spread than its predecessor, the NT-H1, though that isnt all good. One issue we found was applying a measured amount to the CPUs IHS, it was a lot more difficult to get a tiny amount out of the tube. The runny nature of the paste also made it prone to stretching, like hot cheese, which could easily result in paste ending up on components around the CPU socket.

Never the less, the temperature results speak for themselves, with the NT-H2 being around 1°C better than the NT-H1. While this might not seem like much for 10 years of development, the science behind the improvements is huge, with the new paste even beating an enthusiast favourite, the Thermal Grizzly Kryonaut. Having said that, for outright performance, the Thermal Grizzly Conductonaut outperformed the NT-H2 by a full 1°C; the trade off with that being that its highly conductive, as a liquid metal, and is much more difficult to apply.

During our tests, we had to apply and remove thermal pastes tens of times which gave us a good opportunity to test the cleaning wipes; they work really well, removing the paste in one swoop and drying quickly, though the reliance on alcohol within the wipe does mean theyre rendered useless within a short period of being opened, which can be annoying. 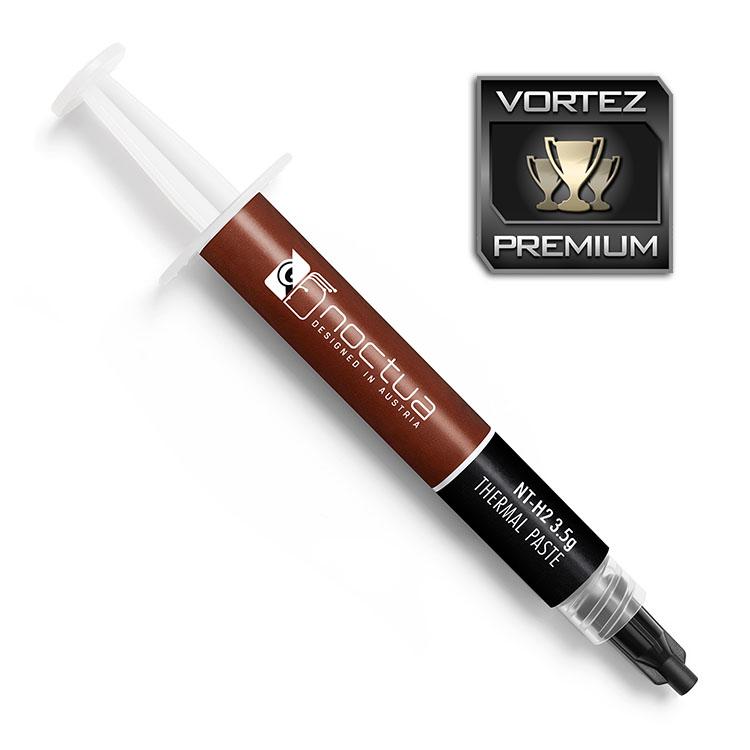 Noctuas move to a more environmentally friendly packaging, inclusion of cleaning wipes and a reasonable improvement in performance makes this a decent upgrade for anyone that currently relies on their NT-H1, and thanks to the larger 10g tubes, you can get better value for money too.

Cons
- Difficult to measure a small amount from the tube

There are currently 165 user(s) online:
Google