In 2012 and 2013, Noctua released A-series fans based on their new silent PWM circuit, new impeller designs and lots of little nuances that added up to new levels of performance. But then, what did Noctua do with their old fans? Now we have an answer. In May of this year Noctua have released their redux series of fans. There are 13 fans in this series. Each fan is a clone of an earlier retail Noctua fan, or a variation on one of the earlier fans, with three changes: they come with almost no accessories, they are packed in cardboard boxes that are easily recyclable, and they have swapped their old tan-and-brown color scheme for shades of gray. Oh yes  Noctua now offers their accessories as separate items. This review will cover most of those fans, and all the accessories. 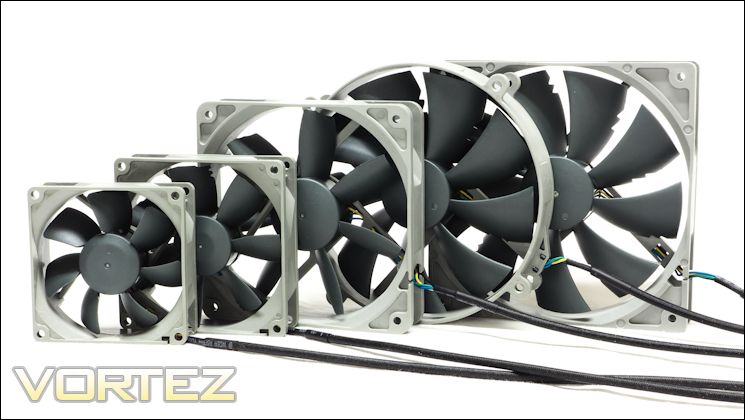 About Noctua
Noctua is a cooperation of the Austrian firm Rascom Computerdistribution with the Taiwanese cooling specialist Kolink International Corporation. According to information in Wikipedia (take this with a grain of salt), Noctua is a company, a joint venture between Rascom and Kolink. Whatever the legal niceties, Noctua has been delighting computer enthusiasts since 2005 with their high quality products.

Noctua has this to say about their redux fans
The redux line addresses price-conscious users by reissuing some of Noctuas most popular, award-winning models and presenting them in streamlined, more affordable packages.