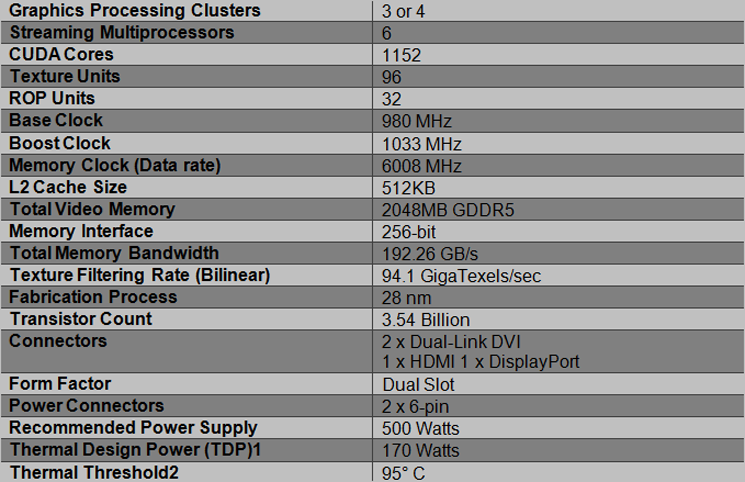 Based on the same GK104 found on the GTX680, the GTX760 contains 1152 CUDA cores at a clockspeed of 980Mhz. This clockspeed coupled with GPU Boost 2.0 will allow the card to typically boost overclock to 1033MHz. The GTX760 also comes equipped with 2GB of GDDR5 and features four 64-bit memory controllers (256-bit). This memory is clocked to 6008Mhz (effective) however if previous results are anything to go by, this tasty memory will overclock much further than reference speeds so expect to see some good improvements in our overclocking section.

Above is an 8 Core Kepler. NVIDIA tell us that 2 of the cores would be disabled either by disabling 1 graphics processing cluster all together or just one core from two of the clusters.

Kepler Core
The GTX760 is equipped with a GK104 core is fabricated on the 28nm process with every component was designed with power efficiency in mind to ensure the GPU gave the best performance-per-watt possible. 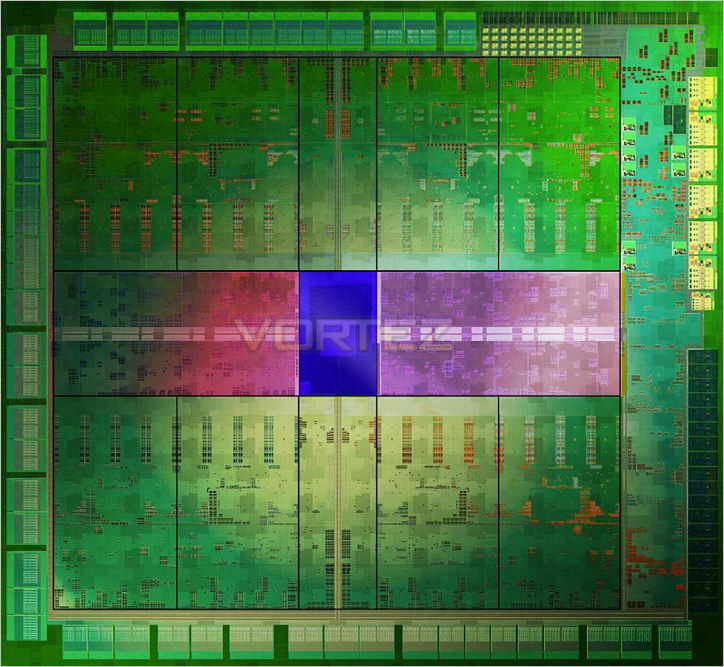 Each SMX runs at the graphics clock speed rather than 2x that speed as previously but because the GK104 has 1536 CUDA cores (8xSMX), over Fermi's (GF110) 512 CUDA cores (16xSM), Kepler allows the GTX760 to operate at twice the performance per watt measurement compared to the GTX560.

To feed each SMX, each unit has four warp schedulers, each capable of firing off two instructions per warp, every clock. With a redesigned scheduling function, the GTX760 is a lot less complex and much more streamlined allowing the compiler to determine which instructions will be issued and can provide this information direct to the hardware block rather than going around the houses using Multi-port decode and a register scoreboard along with the dependency check before the information gets issued. This method is both quicker and more importantly, more power efficient.

With both a higher core clockspeed based on older (but still very fast) GK104 core and of course that blisteringly fast memory, the GTX760 looks set to replace not only the GTX660Ti, but also offer a viable, yet cheaper alternative to the HD7950 GPU.