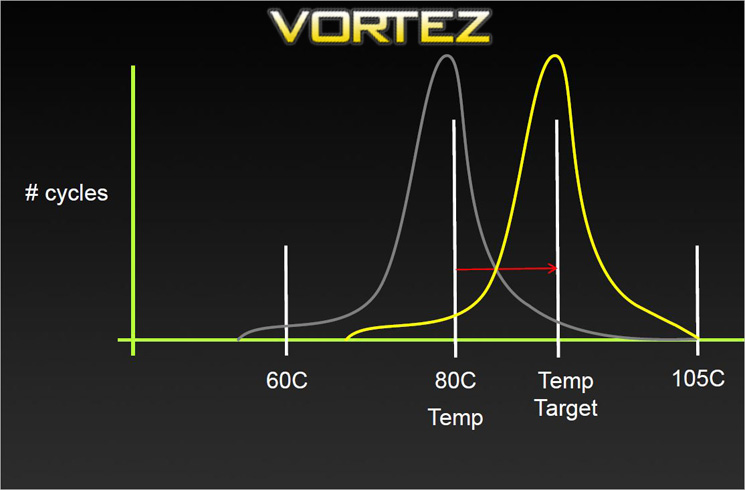 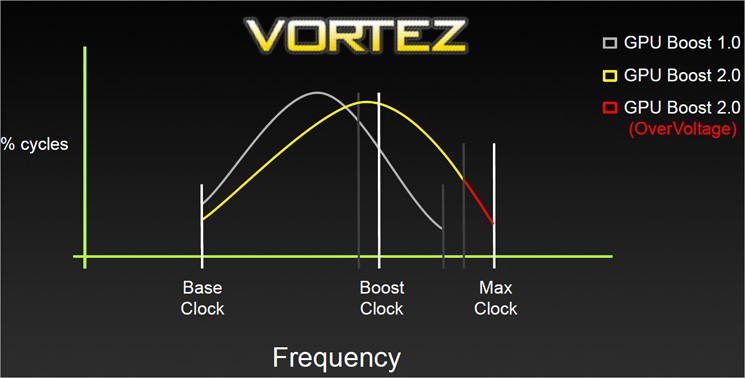 So, because GTX760's boost clock and voltage level are now tied to the GPUs temperature, the voltage can be dialled higher which in turn will allow the GPU to attain higher clockspeed values. Obviously, increasingly board voltage, as with most other products, will gradually degrade the GPU through electron migration causing a premature death of the GPU. Voltage support will be offered on a board partner by partner basis however, we would be extremely surprised if it wasn't enabled in every GTX760's VBIOS.