To test for power consumption we use the included iPower Meter found with our Thortech PSU. As system load figures obviously differ from idle it is extremely difficult to get an accurate figure of system draw and then simply take this figure away from the overall amount because each game will generate varying levels of CPU and hard drive activity. Dynamic power adjustments which fluctuate in game will also affect accurate power figures thus rendering any such power consumption calculations redundant at worst and approximate at best.

We will therefore take our system readings averaged over a benchmark run of Tessmark (100% load) and after 20 minutes of being idle in Windows 7. These can then be used as a comparison to other graphics cards to determine how much more or less power you can expect a GPU to consume. 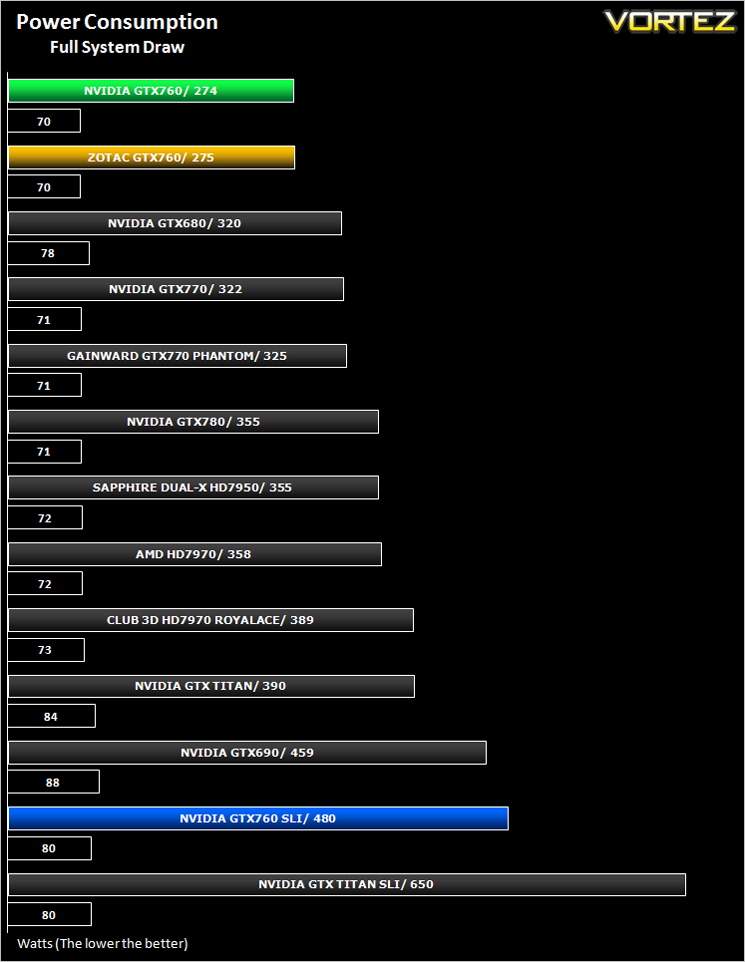 NVIDIA recommend a PSU capable of 500W. We however believe you could possibly get by with a smaller PSU given that both our GTX760 samples pulled much less than this. It is however worth bearing in mind that you will need twin 6-pin PCIe power cables which are unlikely to come with a low specification unit.

To test temperatures we measured idle temperatures after booting windows, letting all applications finish loading and ran a few benchmarks. Once the benchmarks were complete we left the card to reach a cooling plateau where we then took the idle temperatures. For the load tests, we would normally run Furmark for 20 minutes, taking the absolute maximum temperature attained however we found that this throttled the card and resulted in spurious results. So we set Heaven running continuously for 20 minutes and used this as a temperature result as the card did not throttle with this application. 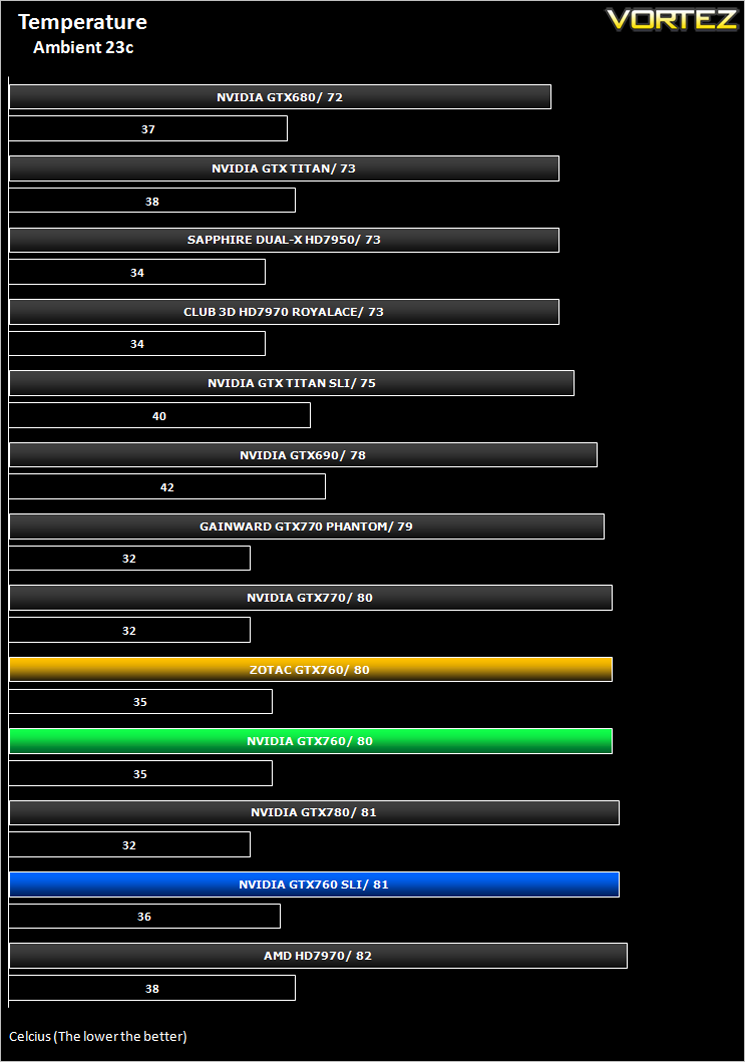 The new range of GPUs from NVIDIA will keeping upping the clockspeed until either a power or temperature target is reached - usually the latter so with a threshold of 80c set on the reference card this is where the temperature maxxed out.

The card is neither silent nor extremely noisy. With such a hollow shroud, the noise is heightened somewhat when the card is put under load. It certainly is not screeching loud, far from it but it is noticeable above our case fans when running under load conditions for a while. Thankfully there was no capacitor squeal.

Let's see how the card performs in our suite of benchmarks...