Both the NVIDIA GTX 780 and the formidible GTX TITAN have proven very impressive with the GK110 core. In typical NVIDIA fashion, the GTX770 features last years flagship core, the GK104 found on the GTX680 rather than a trimmed down GK110 found on the latest flagship cards. The GTX780 also features GPU core clockspeed than the reference GTX680 but perhaps most ground breaking is the 7010MHz memory data rate. 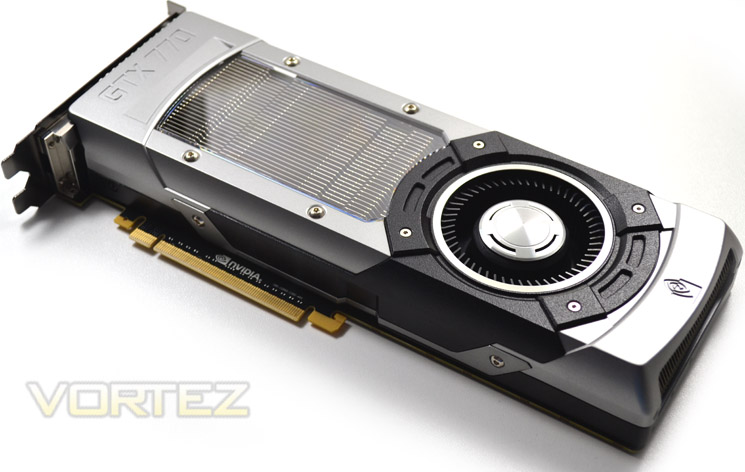 While the GTX770 is not a direct replacement for the GTX680, it makes sense to compare against this card than the card NVIDIA pitch it as replacing, the GTX670 because of the similarities. For those looking to upgrade from a GTX670 or a GTX570, NVIDIA claim increases in performance of 22% and 65% respectively. How this performance increase transpires when pitched against the GTX680 we will examine in our performance benchmarks.

So, with the same cooler found on both the GTX 780 and GTX TITAN hiding a re-badged but highly boosted GTX680, NVIDIA looks to have all bases covered, further piling the pressure on the competition because with specs and the promised performance, AMD's HD7970 looks to fall further off the pace.