NVIDIA have historically been very good with their strategic marketing. The GTX TITAN came at a time when graphics card releases were going through an interim, barren period. They grabbed the limelight with that release and even charged a huge premium. Few thought the TITAN would be a success at such an inflated price yet many have were sold to those looking for the best of the best. AMDs most recent answer is the R9-290X, itself a very fast card that threatened the GTX TITANs grasp to the performance throne. Now it is time for NVIDIA to show its hand and unleash the full power of the GK110 core.

There were questions left unanswered with the TITAN, namely the mystery surrounding the missing SMX. The GTX TITAN had 14 out of a possible 15, much the same as the pro grade Tesla K20 the TITAN is based upon. Whether this was due to yield issues or NVIDIA rationing power we cannot say but the GK110 has to date always shipped with one SMX disabled. This has changed with the GTX 780 Ti because it serves up a full complement of SMX making the GTX 780 Ti a 'full fat' GK110. 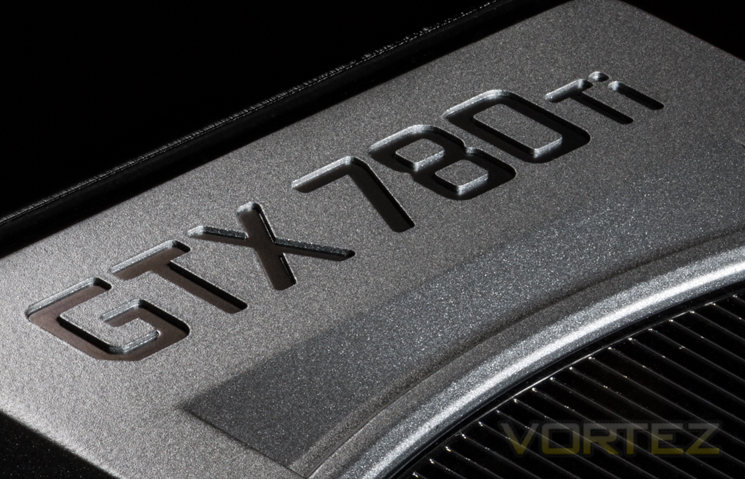 There can be no denying that the GTX 780 Ti was held back by NVIDIA to keep a firm grasp on the performance crown. NVIDIA tactically waited until AMD we about to release their R9 series and even during the hype surrounding AMD's latest and greatest, NVIDIA grabbed a large chunk of the hype by announcing the GTX 780 Ti. NVIDIA made aggressive cuts to the GTX 780 prior to the R9-290X release and to add further pressure on AMD, NVIDIA have today unleashed a card that has the makings to be faster than not only the 290X but NVIDIA's own flagship card, the mighty GTX TITAN. If it manages to do that then the GTX TITAN will soon become obsolete but this won't concern NVIDIA because all that matters is producing the fastest GPU on the market. This sells not only the card on review today but affects sales of those other cards from the same family because if NVIDIA are seen as the fastest, it can be interpreted by many that their entire range are faster, whether that be true or not.

So we have three cards at a stand off. The older, wiser (it has the most memory after all) GTX TITAN? The hot headed red power house from AMD or the new kid on the block? Let's find out...

About NVIDIA
Founded in 1993, NVIDIA has continuously reinvented itself to delight users and shape the industry. From our beginnings in PC graphics, we expanded into professional graphics to become the standard bearer in visual computing. We later harnessed the parallel computing capabilities of the GPU to advance high-performance computing. Our move into mobile put us at the centre of one of the industrys fastest-growing segments. With the invention of the virtual GPU, were accelerating cloud computing for consumers and enterprises.

There are currently 889 user(s) online:
Google