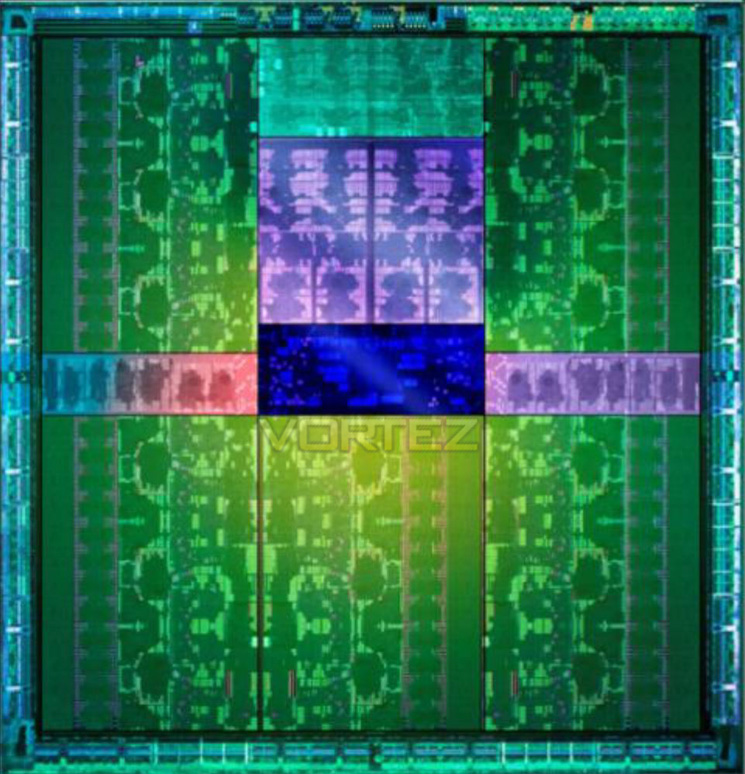 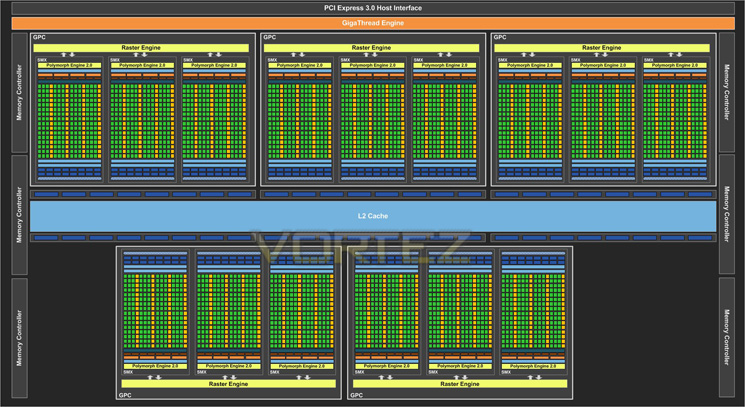 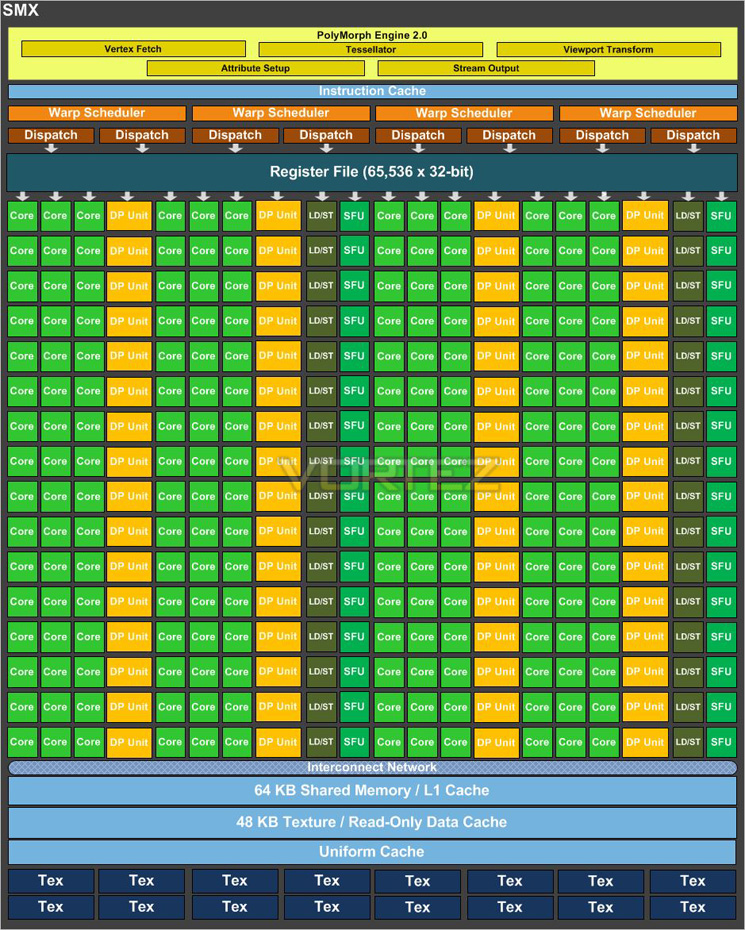 Above we can see a breakdown of an individual SMX.

NVIDIA's CUDA core count on the GTX 780 Ti weighs in at an astonishing 2880. This is a huge undertaking as every SMX needs to be perfect. Previously at least a single SMX would be disabled and thus the silicon would then be 'binned' as either a GTX TITAN (14 SMX - 2688 CUDA cores) or GTX780 (12 SMX - 2304 CUDA cores). The GTX 780Ti uses all 15 SMX so understandably, this will be an expensive card to produce.

To combat this, NVIDIA have made the wise decision to reduce the amount of on-board GDDR5 to 3GB. The GTX TITAN has 6GB of on board memory and while this amount can be utilised under certain scenarios, 2-3GB is more than enough for the vast majority of uses. That said, while we can see the wisdom in reducing the memory size, we would still have preferred to see a 290X equalling 4GB AND a higher memory bus width which remains 384bit as opposed to the 290X 512bit. The raw grunt of the extra cores should however ensure that the GTX 780 Ti is a very capable graphics card not only for today's games but also for future titles too.