In an unusual move, NVIDIA have released their flagship card with no lower end cards to back it up. It is not part of the 6 series nor an introduction to the 7 series. Instead it stands alone as a an example of things to come from the green team.

You would be forgiven into believing the name 'TITAN' was as unoriginal as 'Ultra', 'Overclock' 'Extreme' or any other over hyped tag-line some manufacturers like to add on to their latest product. TITAN however was derived from the TITAN supercomputer at Oak Ridge National Laboratory. The computer was hailed as the worlds fastest supercomputer and is powered by 18,668 NVIDIA Tesla K20X GPU accelerators achieving a record 17.59 Petaflop/sec! So it was only natural the desktop variant of the Tesla K10X accelerator (both using the GK110 core) was aptly named 'TITAN'.

We recently reviewed a system from Utopia Computers which featured an NVIDIA GTX Titan; the pint-sized powerhouse Pandora. 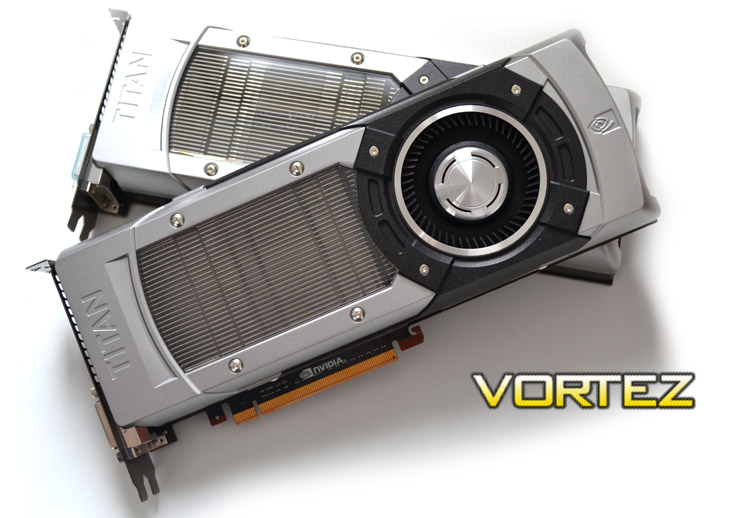 To put things into perspective, the GTX TITAN has over 3 times as many transistors as a 6 core Intel Core i7-3960X Extreme Edition CPU and 75% more cores (2688) than the current NVIDIA signle core flagship card, the GTX680. Couple this with a 6GB frame buffer, a 384-bit memory interface and GPU Boost 2.0 features and you can be assured that the NVIDIA GTX TITAN is a very serious piece of PC hardware indeed.