👤by Vortez Reviews  Comments 📅10-10-18
Conclusion
A move to the NVIDIA RTX 20-series will require plenty of time and consideration. After pitting the GTX 10-series against the RTX 2080 the results are a mixture of fascination and slight dismay.

Where the RTX 2080 Ti is more suited to the 4K arena, the RTX 2080s forte is 1080p or 1440p. In most games youll see a substantial benefit over the GTX 1080 Ti but in others, the result is almost marginal which will contribute to frustration for gamers who were perhaps expecting more from this next-generation product.

The real highlight with the RTX 2080 remains to be seen via DLSS and Ray Tracing  which will be available very soon. These technologies, along with other aspects like GDDR6 are tangible, next-gen features. Once the likes of Ray Tracing technology is active well be adding extra games and analysing such techniques in future and existing articles. 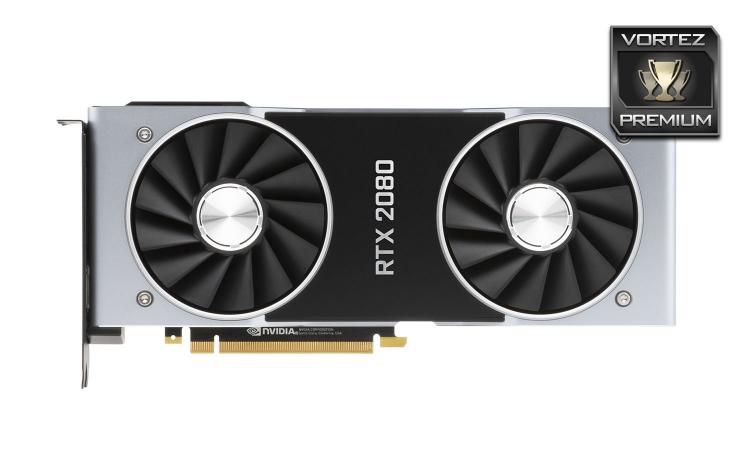 The Founders Edition arrives with a factory overclock applied to the parameters which NVIDIA has set for the reference clock speeds. This results in the GPU clock hitting 1800MHz rather than 1750MHz. Its nice to see NVIDIA providing a modification out of the box. Beyond this, we were able to nudge the clock speeds up even further  tweaking the memory clock and even the GPU clock boost figures. Our overclock to the memory saw the most impressive result  allowing us to move from 1750MHz up to 2000MHz. An overall adjustment of 19% was possible with the RTX 2080 Founders Edition, translating to an additional 10fps in-game.

The RTX 2080 may not bear the same monstrous pricing as its older brother but the reality is still hard to stomach. Founders Edition can be bought directly from NVIDIA for the lofty price of £749 GBP - $799 USD - $1199 AUD which is almost identical to where the GTX 1080 Ti currently sits.

NVIDIA has brought to market a true next-generation product in the RTX 20-series, the RTX 2080 Founders Edition is a worthy contender for the 1440p crown and the red team has a lot of work to do if they intend to compete in the high-performance segment of the graphics card market.

There are currently 344 user(s) online:
Google