Gaming experience is what we like to refer to as the Laymans term for Frame Time analysis. Frame time analysis is in its most basic sense how smooth your gameplay will be. Ever had a powerful card rendering at 100FPS with ease for it to stall for a split second before resuming? This is what Frame Time Analysis shows us: The peaks during an otherwise smooth gaming experience. This is presented to you in two ways, by showing you a line graph of a 60 second FTA capture using FRAPS and then by deducing the average and 99th percentile response times.

Some claim this should be the way graphics cards are tested and we won't argue here because there is little point in having a card which churns out an average 100FPS if it has micro stutters lasting 50ms (GPU response time) which spoils the fluidity of the game. 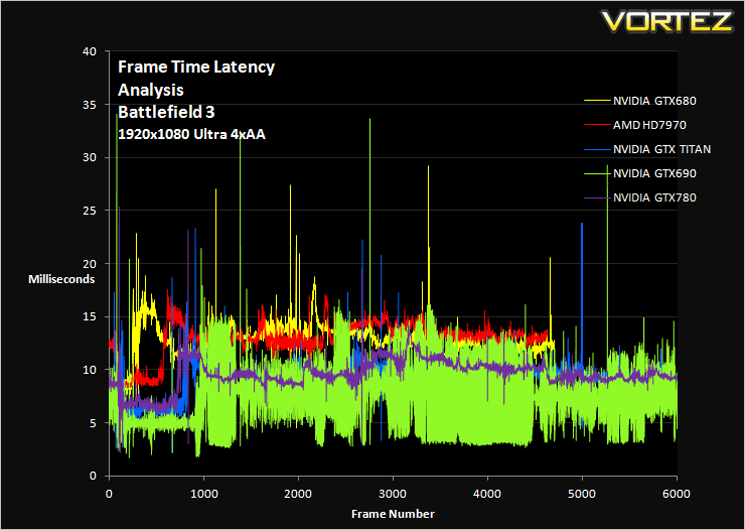 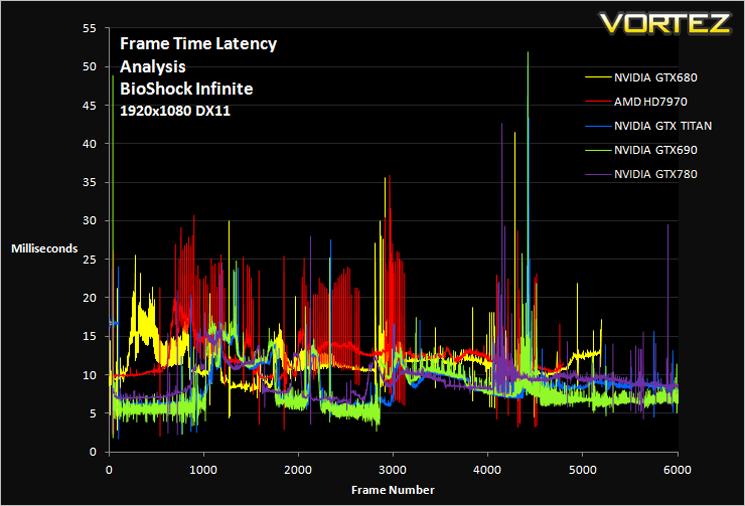 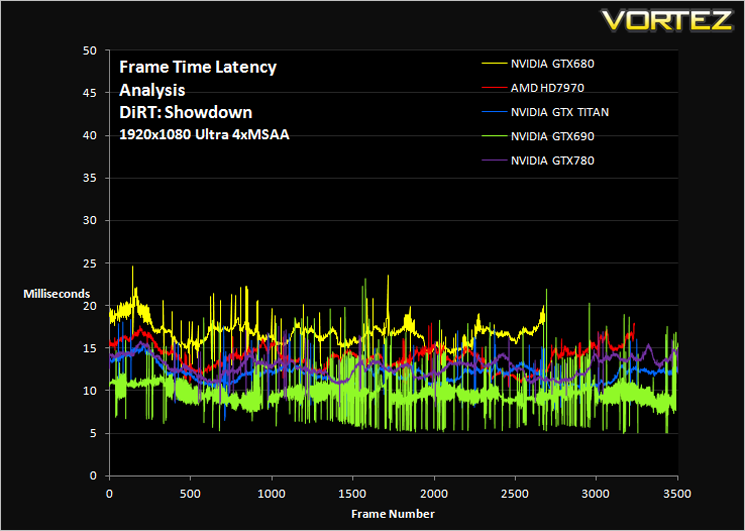 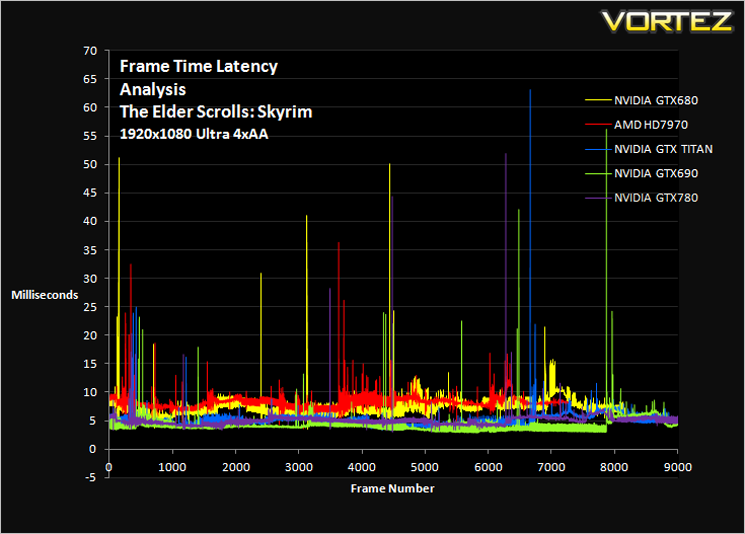 Comment
The graphs above may appear very daunting however, what you want to see is a smooth line (not fuzzy) with very few peaks and troughs. While you are unlikely to notice peaks and troughs below 30ms, any peak above 30ms may be seen as a stutter during gameplay. This will however depend greatly on your own perceptions. Take the Battlefield 3 result as an example. The GTX690's frame times are very irregular whereas the GTX780 is a lot more linear. Ergo the GTX780 would likely give the gamer a smoother gaming experience, especially if the GTX690 spikes were above the 30ms threshold. As it stands, you would be unlikely to notice the fluctuating latency of the GTX690 because of the sheer speed of the card.