NVIDIAs Maxwell architecture, a successor to the Kepler architecture seen in the majority of 600- and 700-series GPUs, was first introduced in February with the GTX 750 & 750Ti. However these are entry-level gaming parts which, despite showing some cool technology and excellent power efficiencies, werent tempting for many enthusiasts; rightly so in fact, they still had the GTX Titan Black and later Titan Z to dine out on. Maxwell has therefore been only at the back of our minds - something to look forward to, but with trepidation over whether NVIDIA could scale up the promise of the GTX 750 to a far bigger GPU.

Its theorised that the Maxwell architecture was originally designed for the 20nm process node, a node which has apparently been delayed well beyond original projections. NVIDIA couldn't afford to wait on TSMC, especially with new graphics standards and use cases such as DirectX 12 and Occulus' Rift Consumer Beta arriving in the not-to-distant future, necessitating the release of a major architecture revision without a process node shrink. Whether or not it was designed for 20nm, 28nm was what they had to work with.

To put that into perspective, this set of circumstances hasnt occurred since the pre-Tesla (200-series) era, and effectively never for major performance parts. Thats a big deal; often processor performance boosts have been dependant on the reduced voltages, higher frequencies and denser transistor packing made possible with a process node shrink.

Immediately therefore the question looms in everyones mind: without a process shrink can performance Maxwell parts show any sort of edge over their Kepler counterparts. Well, as it turns out, yes they can. But let's not get ahead of ourselves. 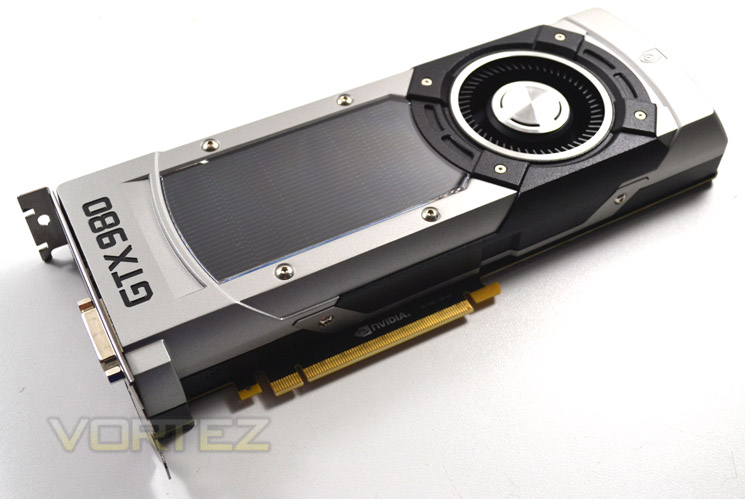 Released today are the first two such performance parts: the GeForce GTX 980 and GeForce GTX 970. Note the leap in numbering  the 900-series was chosen over the 800-series to bring their desktop and mobile architectures in line over the next few releases. Given the flack GPU manufacturers have taken for re-labelling old cards in new line-ups thats a welcome decision.

Although NVIDIA are claiming major performance increases over Kepler (and AMDs lineup, naturally) the most technologically significant improvement is in power consumption. The required number of PCIe connectors tips you off  two six-pin parts places this on the order of a 200W part. In fact the GTX 980 has a TDP of 185W, which even accounting for the different ways manufacturers define these figures is a major step forward in perf/watt.

The flip-side of course is NVIDIAs pricing scheme. In the past their launch pricing has reflected the performance compared to the completion, which naturally has tended to gradually increase the amount consumers have had to pay over time. This time the new flagship is launched with an MSRP of £429 (although pricing will vary based on partner costs), close to a £100 premium over the GTX 780 and over £170 more than the GTX 970 (which is a relatively benign £259); comparisons with the GTX 780 Ti are difficult due to the low stock levels across the UK. Whilst this is tempered by no additional associated outlay  for many an existing ~600W PSU will be more than enough to power each card  it will tend to diminish the urge many will have to upgrade.

For their part NVIDIA feel that both new GPUs represent value for anyone upgrading from the 600-series and earlier, especially premium 500-series parts. Not only is this due to higher performance but also new technologies such as G-SYNC, Shadowplay and more which were introduced with Kepler and have been expanded upon with Maxwell.

Well get to the performance results later in the review, but before then its worth going through the plethora of new and thus far unique features introduced with Maxwell, some of which are available immediately and some still awaiting final validation.