We managed to get an early sample of the GTX 980 Ti and while testing we were blown away by the performance increase over the previous rendition of the GTX 980. We did however reservation acclaim because we suspected this card would be ridiculously expensive. Sure, £550 is not cheap by any stretch of the imagination and it will undoubtedly put many off from purchasing this card but we feel NVIDIA could have asked for more, such is the performance increase. Clearly, there is a market for such devices at this price point otherwise we would never have seen the TITAN-X. What the GTX 980 Ti offers is near TITAN-X performance for quite a lot less cash and that is where the attraction in this card lays. No, it might not be as quite as fast as the TITAN-X but it is considerably faster than any 'normal' graphics card on the market, including both the GTX 980 and AMD Radeon 290-X and for that reason we feel the price tag is justified, if somewhat still a bitter pill to swallow.

The performance of the card is so good though you will soon forget the cost because despite throwing graphically intensive games at the GTX 980 Ti with all the trimming set to maximum at a 4K resolution, the card continued to impress throughout. We would normally have to employ a multi-card setup to attain anywhere near the frame rates this card churned out and even if you did have a multi card setup, you will likely become memory limited at 4K resolutions. Not so with the GTX 980 Ti. 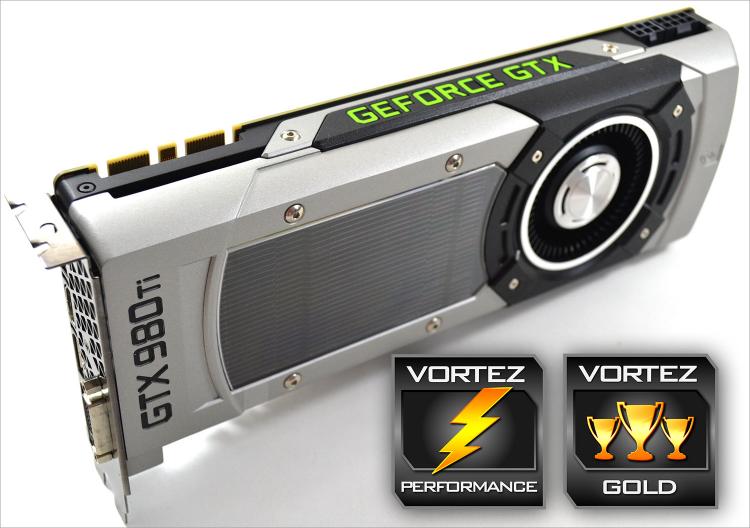 We feared NVIDIA may have jumped the gun because they already hold the performance crown so had no need to produce an even faster card. With the AMD 390-X rumoured to stomping over the horizon it may have made more sense to hold out and see how the competition performed but we believe NVIDIA are playing a very smart, tactical game in stealing sales from the 390-X before it is even here by using up 'failed' TITAN-X stock (24SM vs 22SM models). Sure TITAN-X owners will likely sneer but anyone who buys the GTX 980 Ti can be safe in the knowledge that they have made, like NVIDIA, a very smart move because the NVIDIA GTX 980 Ti is a phenomenal card, worthy of both our Gold and Performance awards.

To summarise:
Extreme performance and next generation compatibility. NVIDIA are on form once again.