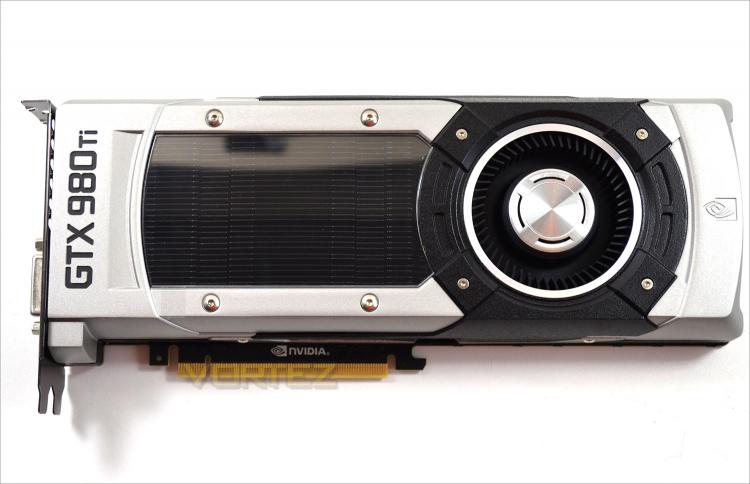 The GTX 980 Ti looks at first glance like most other NVIDIA reference cards from the high end stable with the now familiar cooling design employed once again. We've said it before but this design is truly fantastic. It's stylish but more importantly performs extremely well being both cool and silent in operation. 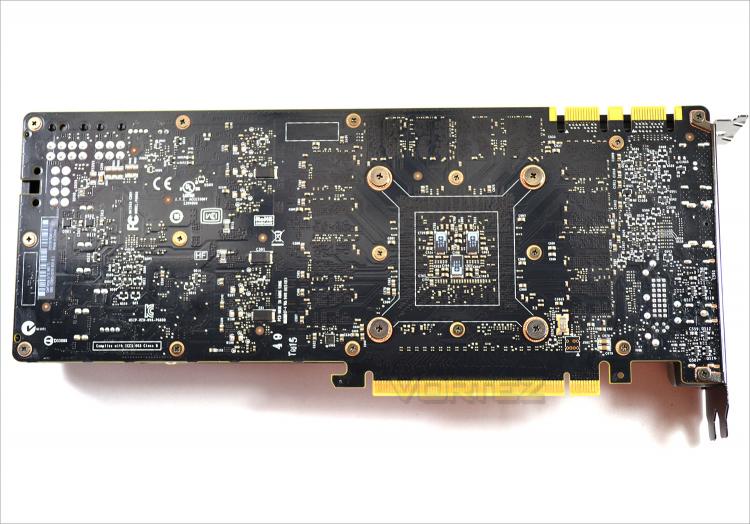 We were slightly disappointed to find the rear of the card being exposed to the environment. We would have liked to have seen a backplate here. While it would serve no purpose other than for protection and aesthetics, for £550 we didn't think it was too much to expect. 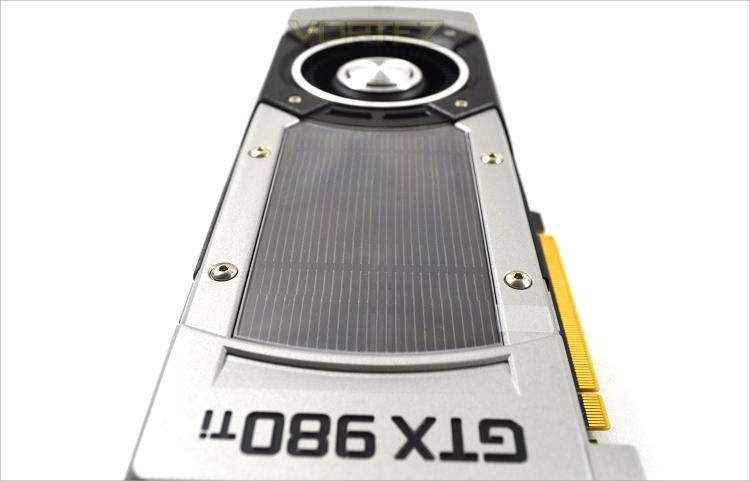 The card carries the same dimensions as both the TITAN-X and GTX 980 being 10.5 inches in length and 4.376 inches wide. You will need two spare slots on your motherboard as this card, like it's forbears is a dual slot design. 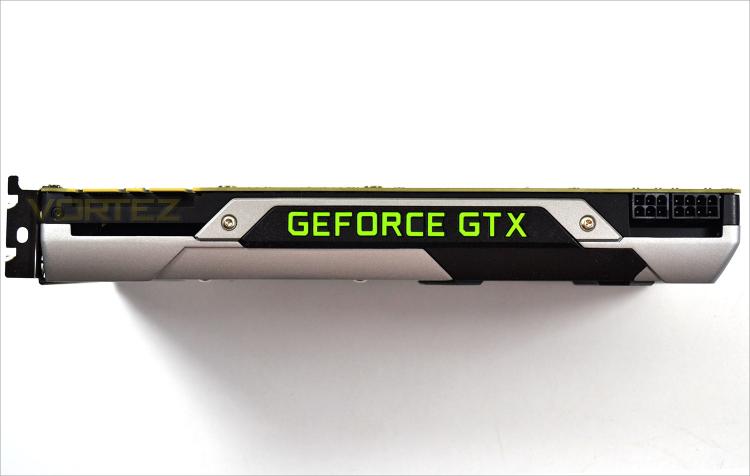 Once again we find the GeFORCE emblem along the mid-riff of the card which illuminates in (you guessed it) lime green. 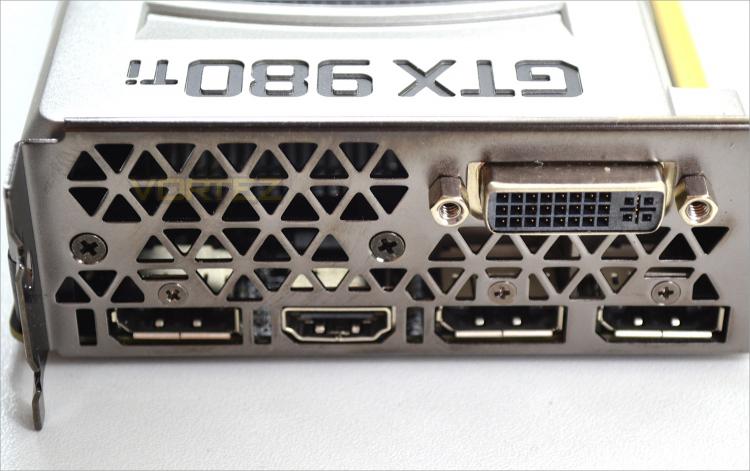 The Input/Output area of the card features 3x DisplayPorts, an HDMI port and a dual-link DVI port.

NVIDIA are recommending a 600W PSU to power this card which as you can see will need both 6+8 pin PCIe power cables. 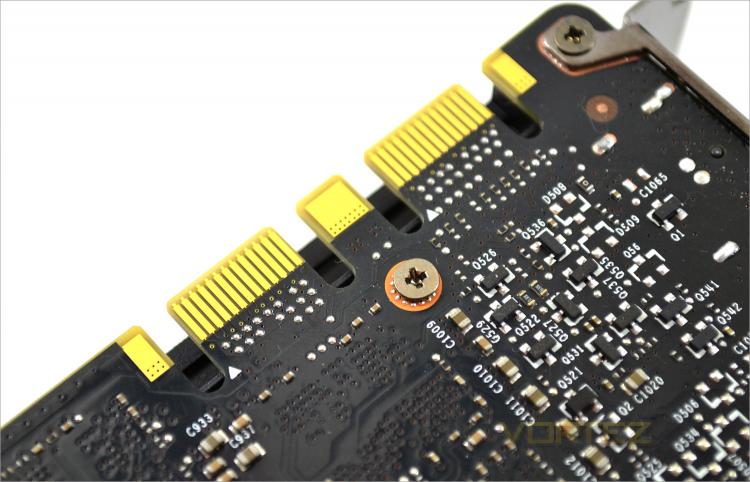 Being a flagship card it should come as no surprise that SLI is fully supported here with two tabs available for multi-SLI use. 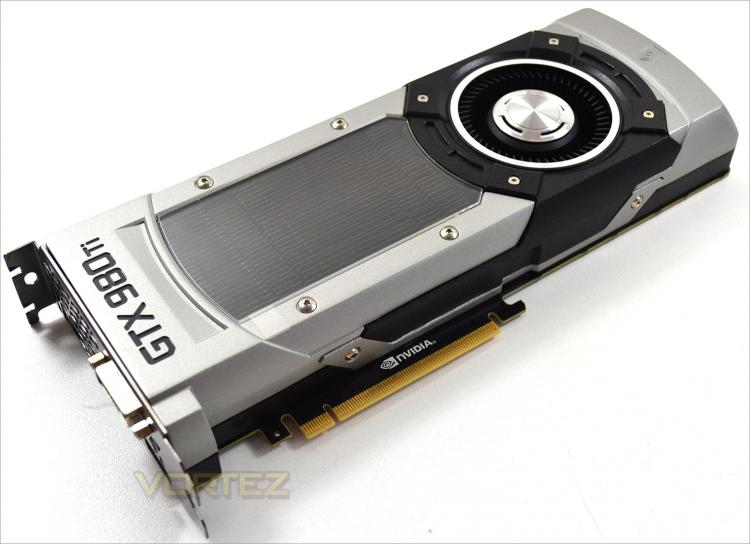 Overall, on the face of the GTX 980 Ti looks identical to previous flagship cards from NVIDIA with no discernible improvements made to the cooling design - not that it needs it of course. If we had to feedback a little criticism it would be the lack of backplate. The exposed area of the card is the area which will be seen and thus we would like to see a a nice GTX or NVIDIA emblem instead of the bland black PCB which does little for aesthetics. The card looks a stunner, but sadly most of the visuals are wasted as they will be hidden on the underside of the card, out of site in a standard ATX case.