👤by David Mitchelson  Comments 📅23-07-19
Conclusion
It probably wont come as a bombshell that the RTX 2080 SUPER slots above the RTX 2080 and below the RTX 2080 Ti. NVIDIAs SUPER facelift has shifted each SKU up in performance while costing less than their counterpart  allowing NVIDIA to monopolize on better price/performance.

Pitting the RTX 2080 against the SUPER reveals not just a mere bump in GPU clock speed but an assortment of other attributes too. The CUDA cores are up from 2944 to 3072, GPU clock boost is up from 1710MHz to 1815MHz, memory clock is up from 14 Gbps to 15.5 Gbps. In a variety of areas the SUPER has been beefed up  we havent mentioned Tensor FLOPS, Texture Units or Cache size  all of which have been modified accordingly to amplify this new SKU.

In outright performance the RTX 2080 SUPER isnt too far behind the RTX 2080 Ti  making it a good option to go with if the Ti is out of reach but UHD gaming is a necessity. Gaming of course isnt the only area that such a GPU will excel in, content creation demands a high-performance graphics card and RTX 2080 SUPER will not disappoint. 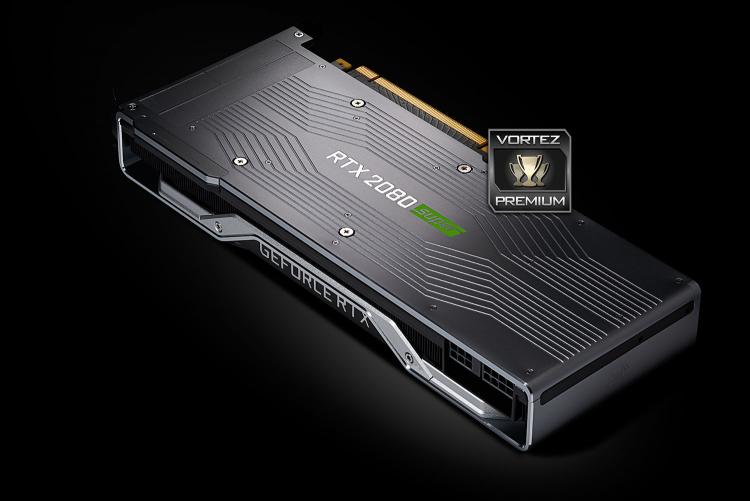 This mid-life refresh hasnt altered the thermal design on this Founders Edition version of the 2080  the twin-fan solution works brilliantly compared to previous iterations of NVIDIAs own cooler  providing decent temperature figures and, while the cooler may not be as quiet as a custom/partner design, it still emits less noise than predecessor solutions.

Looking at current pricing  the cheapest RTX 2080 Ti is approximately 1100 USD - 1799 AUD - 1000 GBP. While the RTX 2080 SUPER is 699 USD  1209 AUD - 669 GBP. Clearly, SUPER should be a consideration since it offers better value for money. Once we see partner cards for this new class of GPU with factory overclocks, you can count on the performance gap reducing significantly between the Ti and SUPER.

RTX 2080 SUPER cements NVIDIAs prowess in the high-performance GPU realm. It is cheaper than what the RTX 2080 was and trails closely behind RTX 2080 Ti.

Cons
- No idle fan stop
- High power consumption
Click here for an explanation of our awards at Vortez.net.

There are currently 576 user(s) online:
Google