👤by David Mitchelson  Comments 📅22-03-11
Exterior (Continued)
Taking a closer look into the compartments we can see the first as already mentioned is a HDD docking slot. This does require a AHCI capable motherboard though. There are rubber
mounts so that the drive can sit without scratching/sliding.

The other compartment has magnetic feet that allow the cover to sit over the mesh panelling. The idea with this cover is to dampen out any noise from a top mounted fan, It also acts as a dust shield for the system - This cover only really works if you don't have a fan installed though as typically you would have a top mounted fan dissipating heat from the case (exhaust), not blowing air in (intake). An intake fan in this position could well hinder airflow. 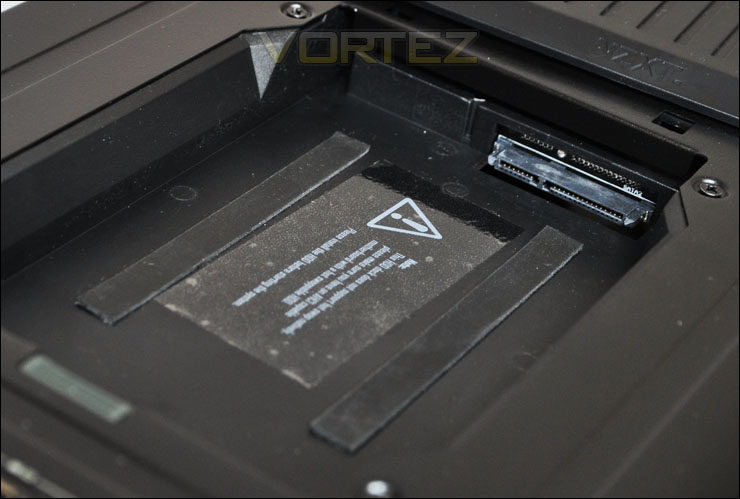 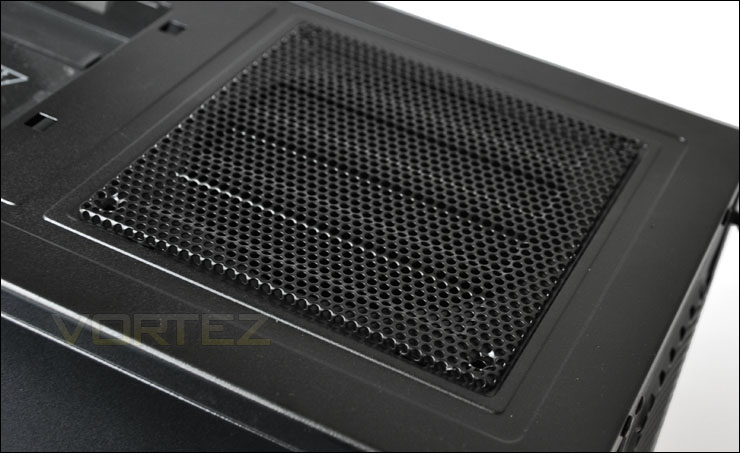 Underneath magnetic cover is a mesh panel for top mounted fan

Usually I wouldn't show the underside of a case within a case review but since the H2 has something quite different underneath I wanted to show this. We have a series of rubber mounts to prevent sliding and in the middle a large section of filter material for the PSU and if you choose to mount a fan at the bottom of H2 (on the inside). 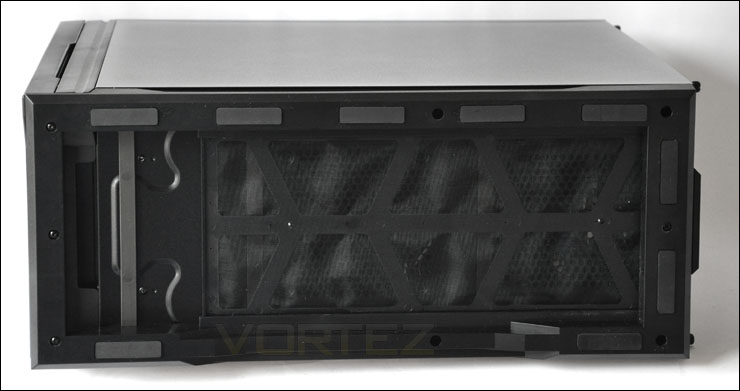 The underside of H2 with large fan filter area