NZXTs Phantom set the enthusiast world on fire upon its release and won multiple awards for its unique visual appearance, roomy internal layout and impressive cooling . Whether you love or hate the Phantom  it stands out in a flooded market and began the white trend of computer chassis that every other manufacturer seems to be adopting to their portfolio options. Its been well over a year since the Phantom was first released and today sees the unveiling of a smaller variant  the Phantom 410.

Phantom 410 is essentially a smaller version of the original Phantom. Dubbed mini Phantom the 410 takes many of its characteristics from the original design. Those who admire the original for all of its features but seek a smaller shell have hit the jackpot. Phantom 410 comes with 3x pre-installed fans, has a Perspex window, comes with USB 3.0 and a fan controller but will it retain its former glory? Theres only one way to find out. Lets begin our analysis of this new release. The mini Phantom awaits 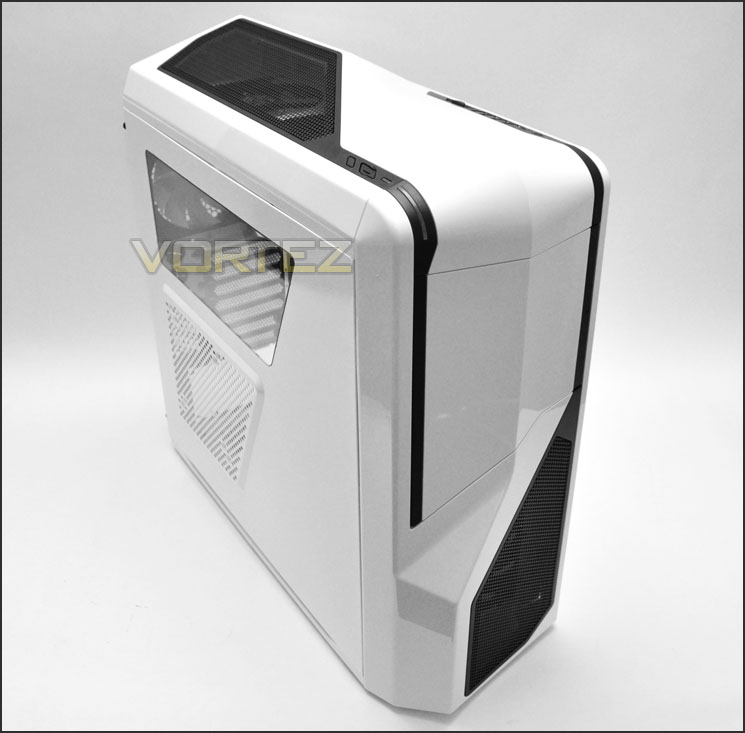 NZXTs take on Phantom 410
NZXT introduces the next successor of the revolutionary Phantom, the Phantom 410. The beautiful and sleek Phantom design set the trend of all white chassis and idealized optimal expansion and cooling. In comparison to its predecessor, the Phantom 410 delivers more value for every dollar spent and possesses an acrylic window that allows gamers to admire the power of their rig.