👤by David Mitchelson  Comments 📅19-09-11
Interior (Continued)
On the other side of Tempest 410 Elite there are 3x optical drive bays with tool-less drive mechanisms that we have been accustomed with on NZXT cases before. In the default position the mechanism is in a closed state. The button just needs to be slid to the left and the bracket pressed in to allow the drive to move into the bay. Once the bracket is moved back into position it will then push pins into the mounting holes on the drive. 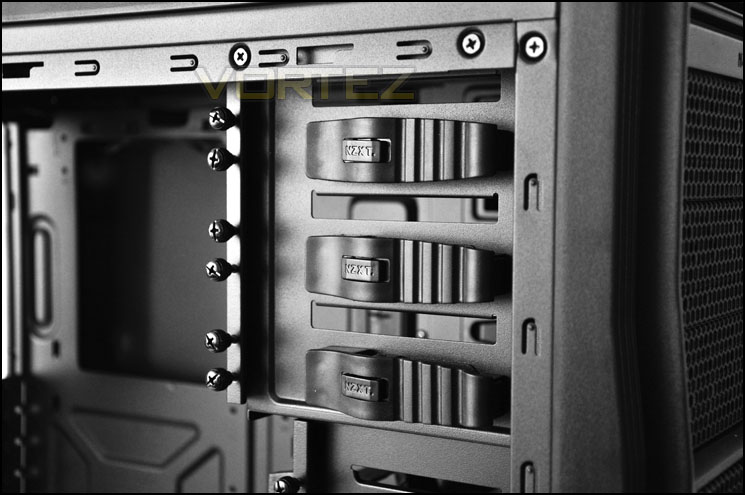 Easy to use tool-less mechanisms for optical drives

Beneath the optical drive bays there is a HDD cage that can accommodate up to 8x 2.5/3.5 drives. Each HDD has to be installed within a tray  these trays are accessible via the front of the case by removing one of the hot-swappable 120mm fans. 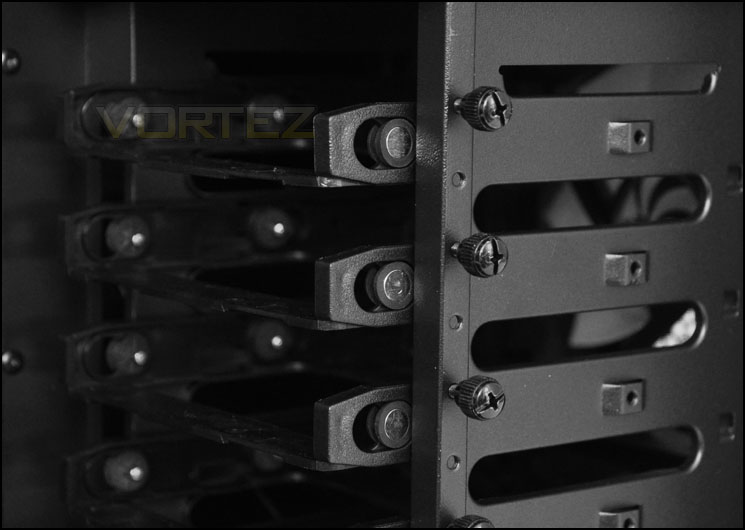 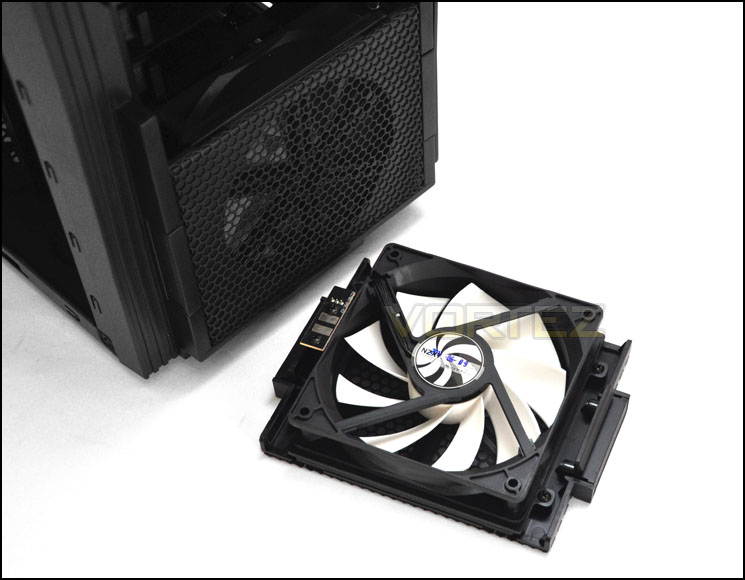 Fans are removable from front and give access to HDD trays

These fans are given connectivity via 3-pin headers that are found on the inside of the Tempest 410 Elite. Both fans have this 3-pin connector that links to a Molex connector. So to power both fans the PSU will need to be used to deliver the power directly. 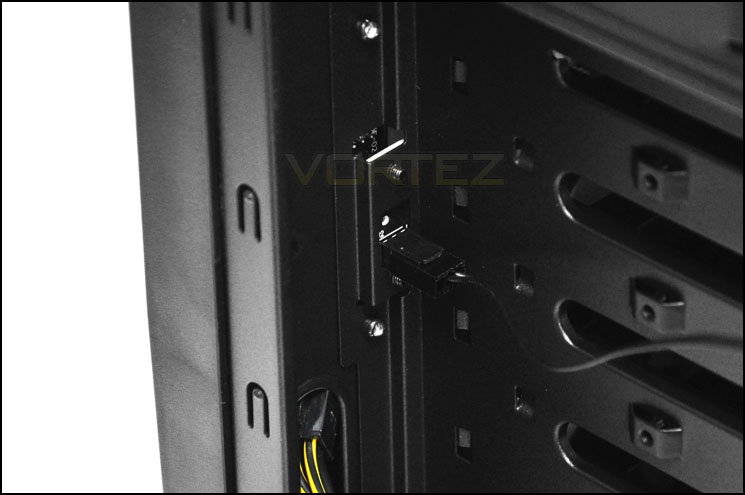