👤by David Mitchelson  Comments 📅17-08-11
Synthetic Benchmarks: Iometer
Iometer is based on a clientserver model, where one instance of the Iometer graphical user interface is managing multiple 'workers' (each one representing a separate Dynamo.exe process) which are doing the I/O. Iometer performs Asynchronous I/O - accessing files or block devices (later one allowing to bypass the file system buffers).

Iometer allows the configuration of disk parameters such as the 'Maximum Disk Size', 'Starting Disk Sector' and '# of Outstanding I/Os'. This allows a user to configure a test file upon which the 'Access Specifications' configure the I/O types to the file.
For the purpose of this test. The 4K 50%/50% read/write file will be under the examination - reporting back on MBs per Second and Average Response Time. 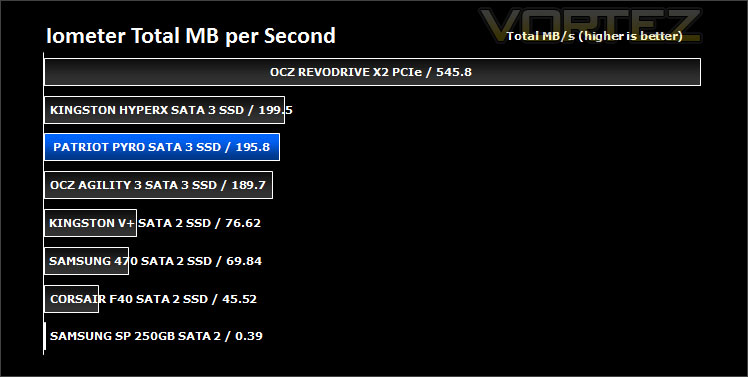 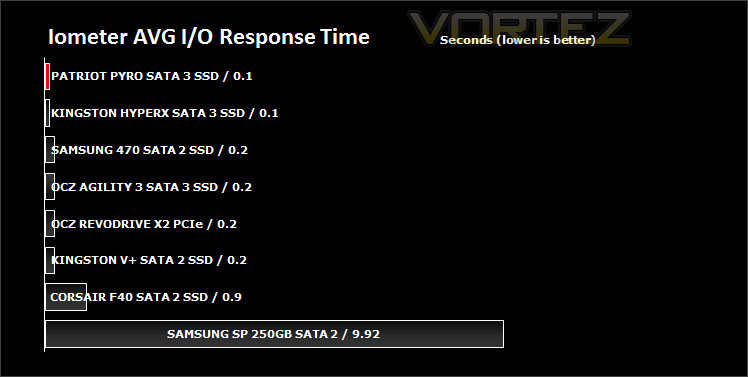