👤by Sahil Mannick  Comments 📅22-04-12
Results Overclocked (In-depth analysis)
In the next comparison, we look at the default cooler performance as they come out of the box with their bundled fans. Coolers that come with no fans have been coupled with Noctuas NF-P12 or fans that the manufacturers intended their coolers to be used with.

The default two fan configuration puts the PH-TC14CS on par with the Prolimatech Megahalem and the Tuniq Tower 120 Extreme. It manages to edge ahead of the Noctua NH-C14 by a mere 0.25C. At the reduced fan speed, it matches the Triglav and the much louder CoolIT ECO ALC. 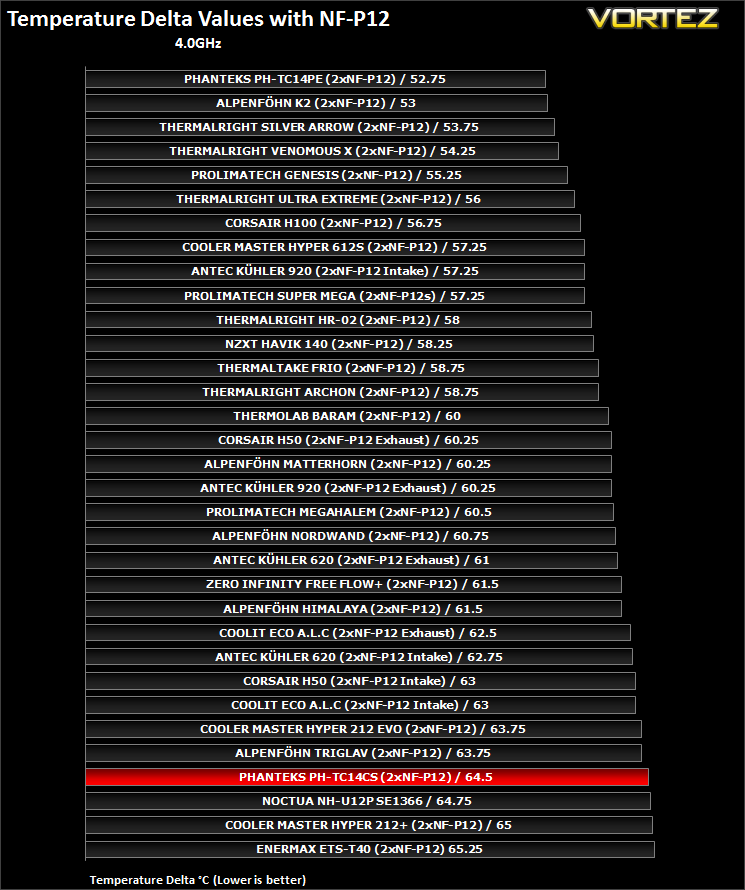 As before, the NF-P12s dont prove very effective on the Phanteks cooler, yielding poorer results than on the Triglav or the Cooler Master Hyper 212 EVO. 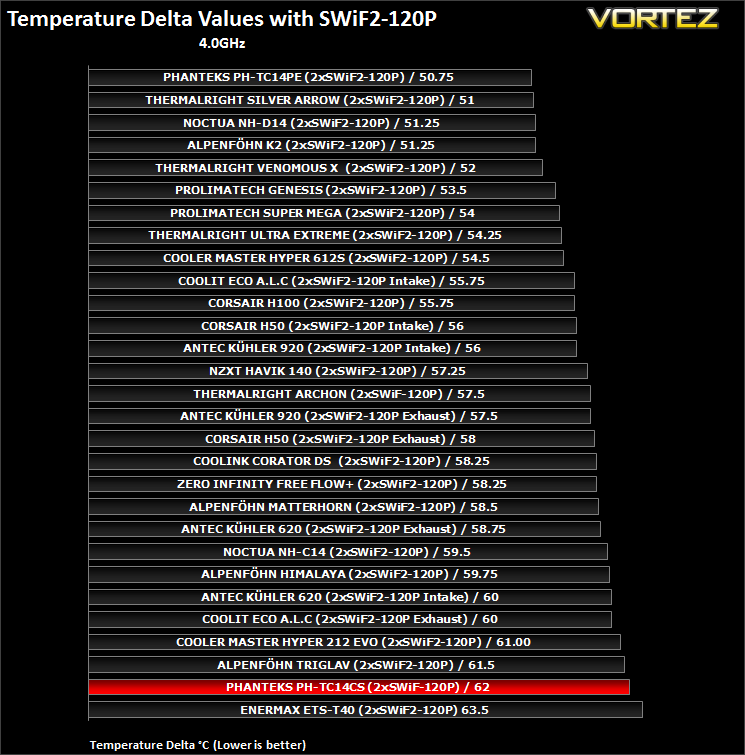 Once again, the Triglav and Cooler Master Hyper 212 EVO make better use of the Coolink fans. More importantly, the Noctua NH-C14 yields a delta that is 2.5C lower than the Phanteks. 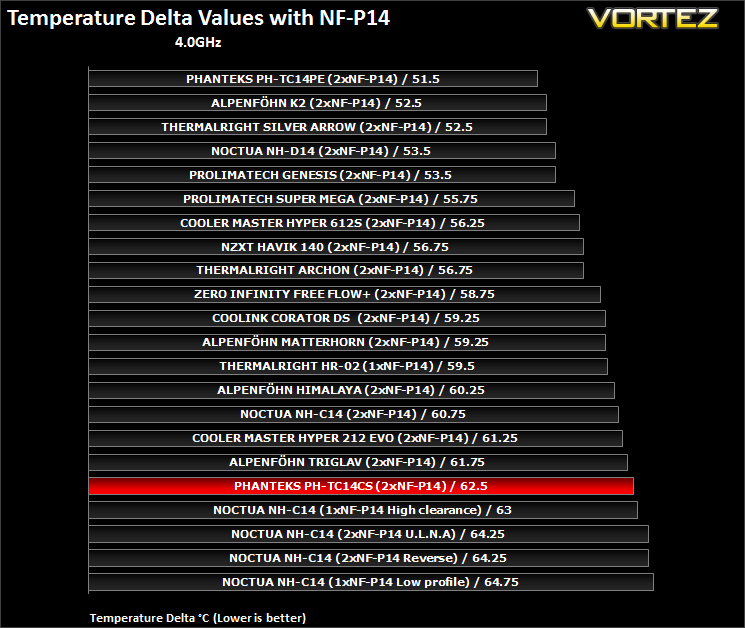 And finally with the Noctua NF-P14s, we see that the Noctua still leads the PH-TC14CS.