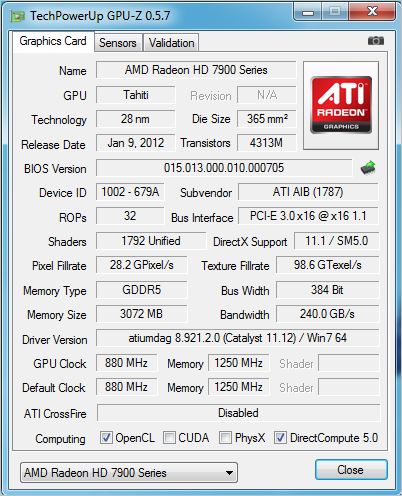 As you can see above, the PowerColor HD7950 comes with a 10% overclock over the reference clockspeed of 800MHz. Memory overclocks remain the same though at 1250MHz (5000MHz effective). Loading up MSI's latest beta version of afterburner we find that both clockspeed and voltages can be adjusted courtesy of the CHiL controller. 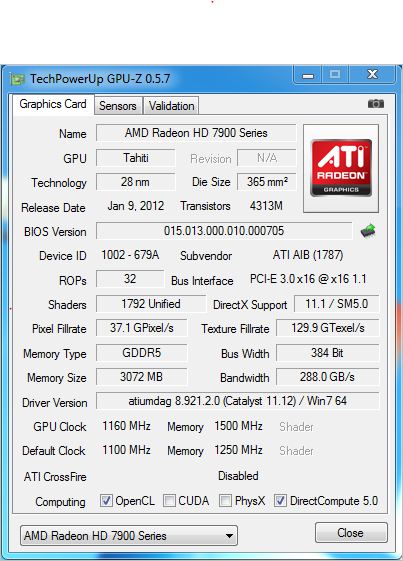 WOW! There really is no other word for this overclocking monster. It took a little coaxing but hanks to the additional VRM, voltages could be increased significantly to attain this fantastic overclock of 1160MHz which easily surpassed the previous best of 1040MHz we found on the reference HD7950. Tweaking the memory voltages also allowed us to up the memory clockspeed to a blistering 6000MHz! This are not suicide shots either, they are 100% stable. As you will see below, temperatures were also very good despite this rise in voltages and clockspeed. I think we may have a HD6990 killer on our hands here, never mind the HD7970! 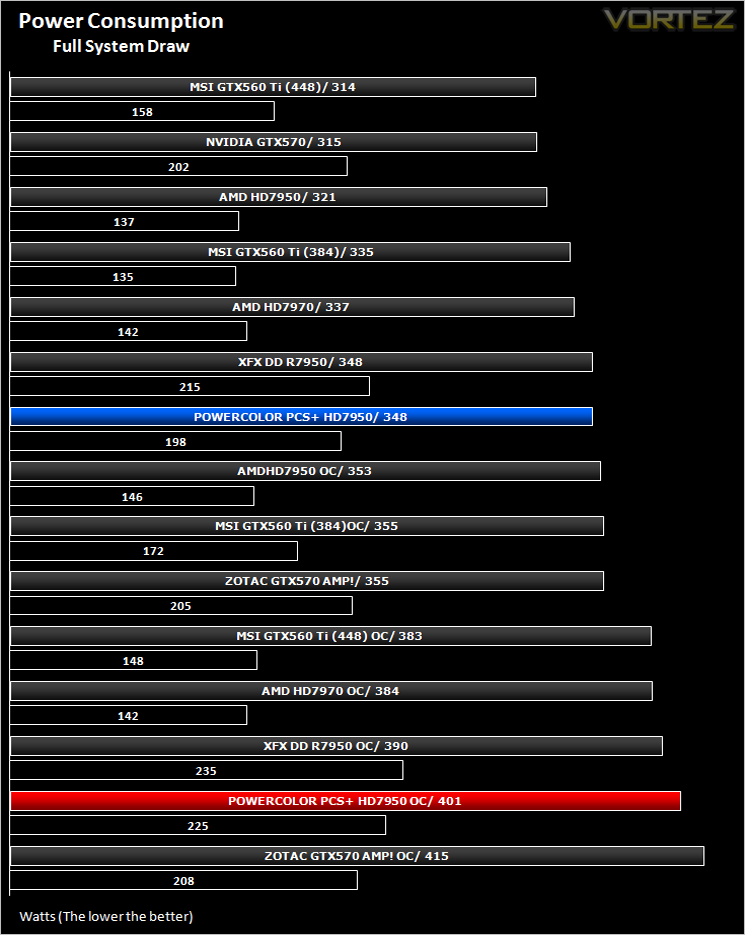 The performance of the PowerColour PCS+ HD7950 was mediocre in this area at stock speeds however it did consume a little less power than the XFX model. The overclocked power consumption was huge though due in part to the increase in voltages. Sadly there is always a trade off between overclocking and power consumption. 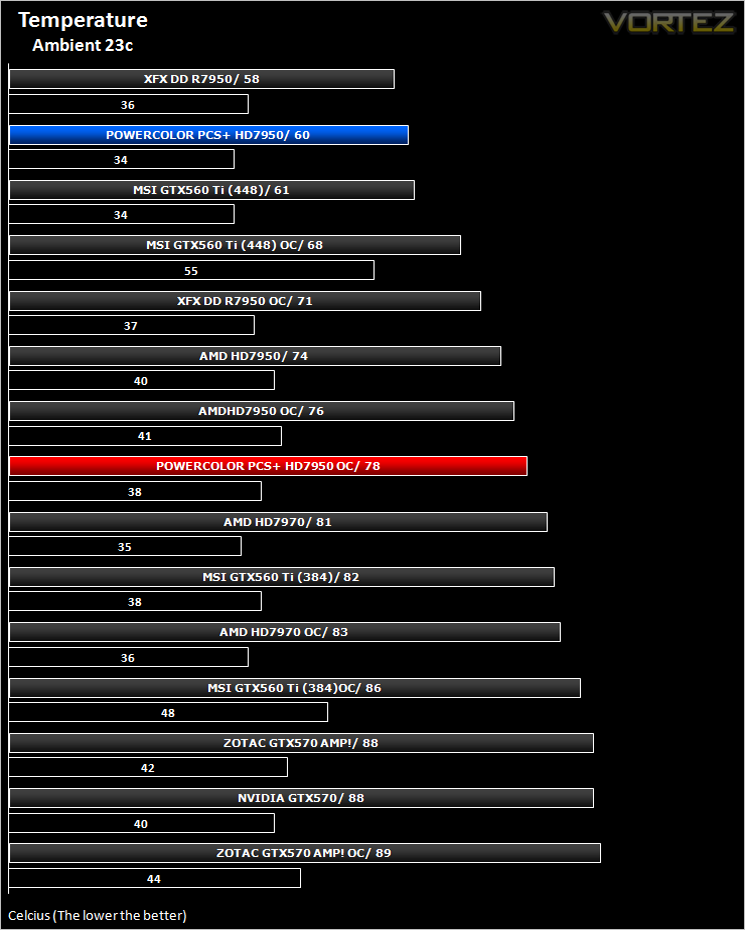 Despite the PowerColor's mediocre power consumption figures, Temperatures were some of the best we have seen at stock speeds. Even with the huge overclock and over voltage dialled in, the PowerColor card still performed excellently with temperatures easily being kept under control.

There are currently 867 user(s) online:
Google