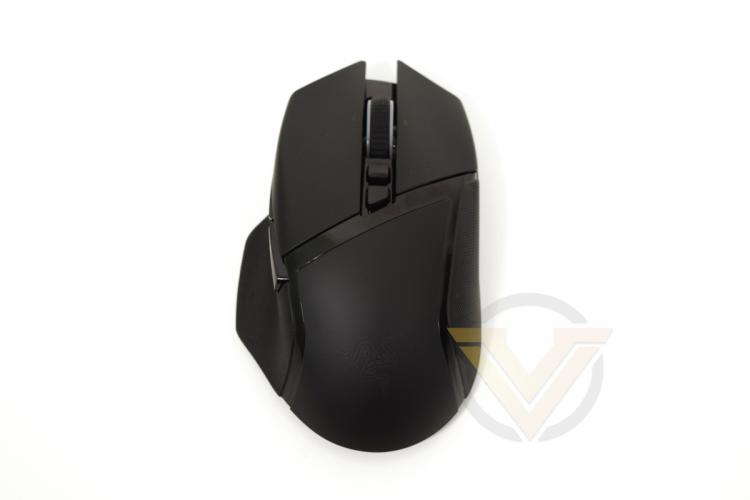 Our first top-down look at the Basilisk design shows a highly asymmetrical mouse oriented towards right-handed use. The shape is quite unlike that of other Razer mice in their present lineup due to both its sharp pronged front (that has echoes of the discontinued CM Storm Reaper of all mice) and oversized thumb rest, to the extent that you wouldnt place it in the same family as the Viper, Deathadder and Naga were it not for the logo on the palm rest. 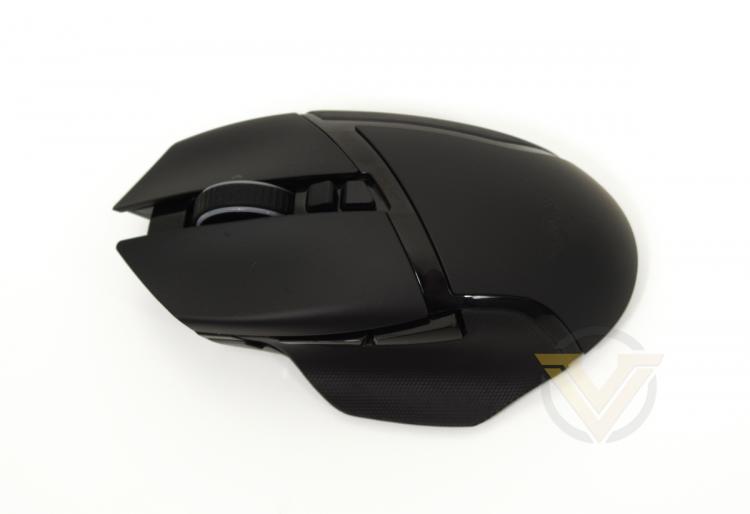 Most of the mouse exterior is finished in a black surface treatment thats both relatively high-friction and offers a blank canvas for the lighting options present in four key zones. Either side of the mouse has a heavily textured and rubberised finish for an even grippier finish, necessary due to the weight of the Basilisk.

Although a long mouse, much of its length is in the angled teeth at the front. Both cross-sectional profiles are gentle curves rather than the aggressive fall-off we saw with the SteelSeries PRIME recently; it therefore feels comfortable in hand straight out of the box.

At 107g the Basilisk Ultimate is on the heavier side of mice recently reviewed but lighter than Razers own Naga Pro and the previously mentioned Logitech G502 Lightspeed. A large portion of that weight will be in the battery and associated structural requirements, but the mouse is nonetheless well balanced at the mid-point between the two buttons just below the mouse wheel.

As for the wheel, its a 4-directional design with button press, giving the user five bindable buttons to assign. The two buttons below the wheel are ostensibly for DPI level cycling, but can also be re-bound independently and may be most suitable for productivity (word processor/spreadsheet manipulation etc.). A glossy black stripe then finishes off the aesthetics when viewed from above. 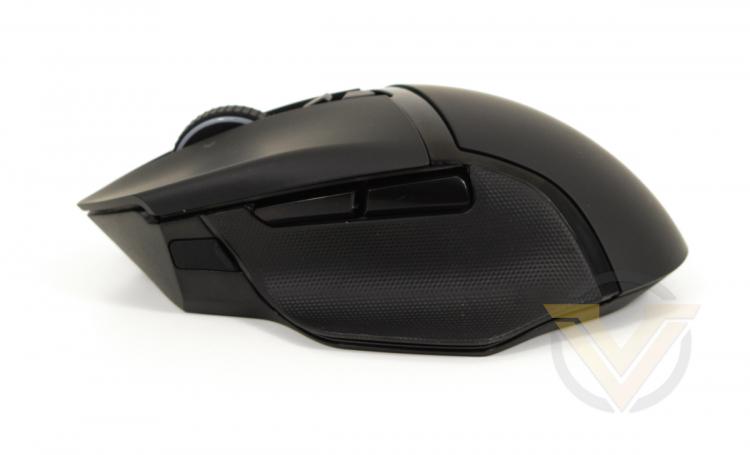 The left side serves up an interesting view. The two main thumb buttons sit on top of the thumb rest, protruding a little from the chassis. Towards the front is a small rubber cap underneath which is a docking point for the DPI Toggle thumb button; this button latches in magnetically and can be removed easily if not required. Users with a grip that biases towards the rear may find reaching the button a bit of a stretch, but traditional claw grips and some forward-biased palm grips should have less of a problem.

A micro-USB port is located at the front with a keyed entryway that will only be suitable for the bundled SpeedFlex cable. The cables soft braid reduces some of the inherent tension, putting little force on the mouse or the wireless adaptor when connected to either. 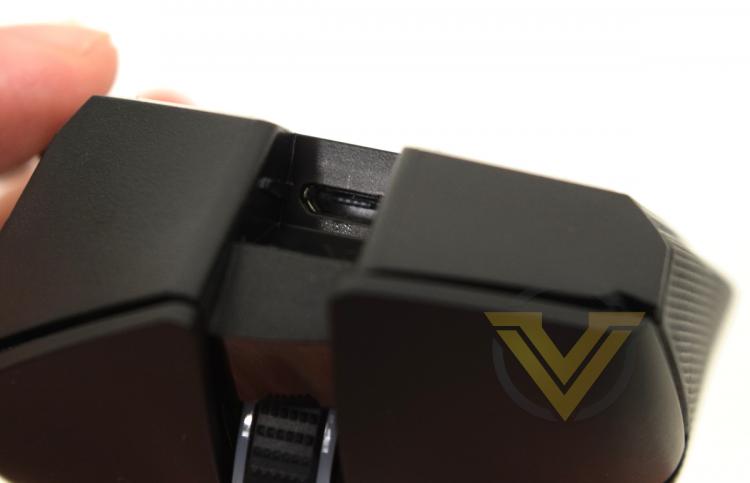 Flipping the mouse over reveals a feature-heavy base. Six white low-friction raised zones will help it to slide on the mousing surfaces, with one surrounding the centrally located sensor. At the top is the scroll wheel tension adjuster, and to the right is a covered alcove to store the wireless USB receiver when not in use. Below the sensor are two contacts for docked charging, present in both SKUs bundled with and without the dock. Finally, to the left is both a profile cycling button and wireless on-off switch; the mouse will still work in wired mode even when set to the off position. 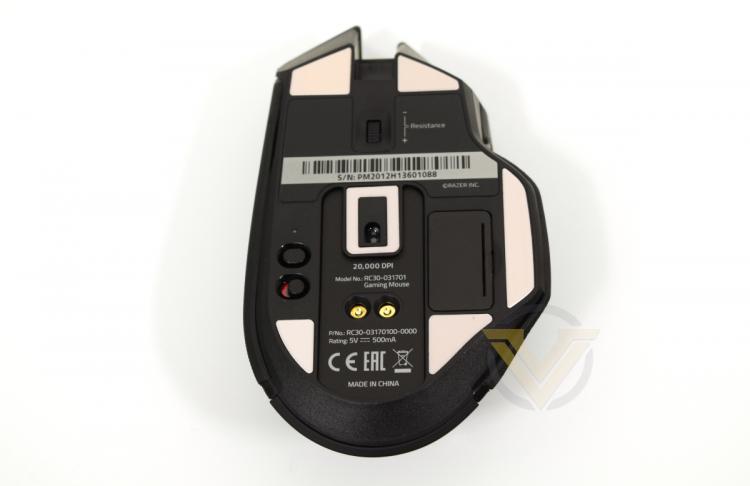 Overall, the Basilisk Ultimate is an impressive piece of kit at first blush. The features go above and beyond what you expect from a standard wireless mouse, including mechanical customisation not found anywhere else. The trade-off is in weight and size, with larger hands perhaps most able to best use all of its features. 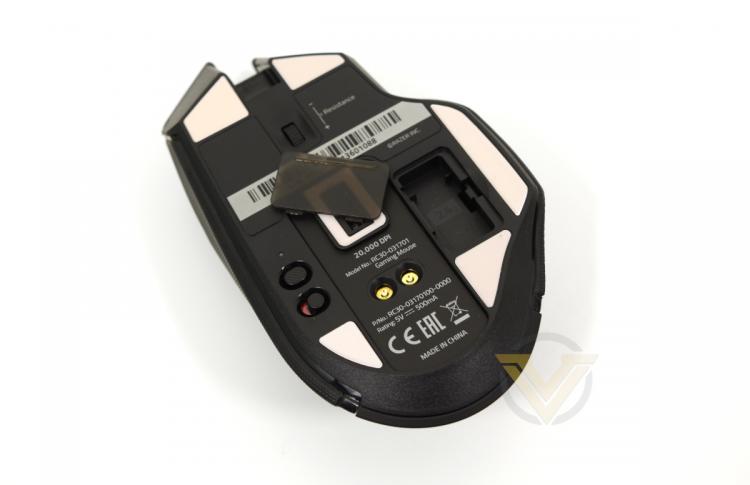