👤by Matthew Hodgson  Comments 📅26-11-18
Conclusion
Razer have really hit the nail on the head this time around, compared to the previous iteration. So many companies release a new version of their keyboard only to actually introduce one or two small improvements, whereas Razer have properly re-designed the keyboard all over again.

The sidewalls on the mechanical key switches truly alter the overall feel when typing and gaming, for the better, with the added bonus of also preventing dirt and moisture ingress.

Were so pleased Razer have carried on the plush wrist rest to the Elite; this is, by a long way, the best one on the market, with Logitech and Cooler Master trying to copy the design but not managing the same comfort and the likes of Corsair and DasKeyboard using hard plastic.

The media keys and fn key backlighting are both excellent additions that we genuinely cant imagine living without anymore. The volume wheel is positioned perfectly with small tactile clicks as you move it.

The only downsides we can think of with the BlackWidow Elite are the white LED indicators, the lack of RGB lighting choice between the backwards, play/pause and forwards buttons. Theres also the removal of macro keys, though after asking around, it turns out the vast majority of people never use the macro keys on their keyboard anyway. Were also a little fed up of keyboard manufacturers only including USB 2.0 passthroughs, we feel as though USB 3.0 should be the standard by now. And while were describing the negatives, we want to see the mechanical keyswitch keyring make a reappearance; such a unique gift should not be taken away. 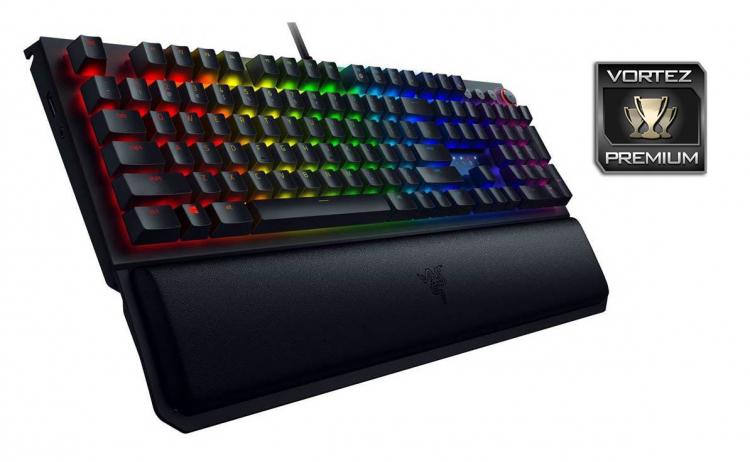 The £170 asking price will take some justifying to the average consumer but considering what else that same money will buy you, we feel this offers the best all-round package.

Neutral
+- No longer comes with a mechanical switch keyring
+- Only USB 2.0 passthrough
+- It's time Synapse 3.0 became a full release

There are currently 547 user(s) online:
Google