👤by Matthew Hodgson  Comments 📅23-02-18
Performance Testing
The Razer Cynosa is aimed heavily towards the gaming crowd, with features like Macro recording and a Gaming Mode, with the keys tuned for a positive feel while playing your favourite title.

Despite the gaming industries current craze for mechanical gaming keyboards, theyre not to everyones taste or budget. The gaming-grade keys on the Cynosa offer a positive feel, yet are much quieter and not as tactile as a typical mechanical keyswitch. The coating on the keys are also a soft touch plastic, giving the keyboard a premium yet friendly feel. Weve become accustomed to playing games and typing on a mechanical keyboard, of varying different keyswitch types, but we rarely venture into anything else; in spite of this, we enjoyed gaming on the Cynosa just as much, with typing also feeling positive.

The keycaps are still removable, but will require more force to extract. This will make periodic cleaning much easier. 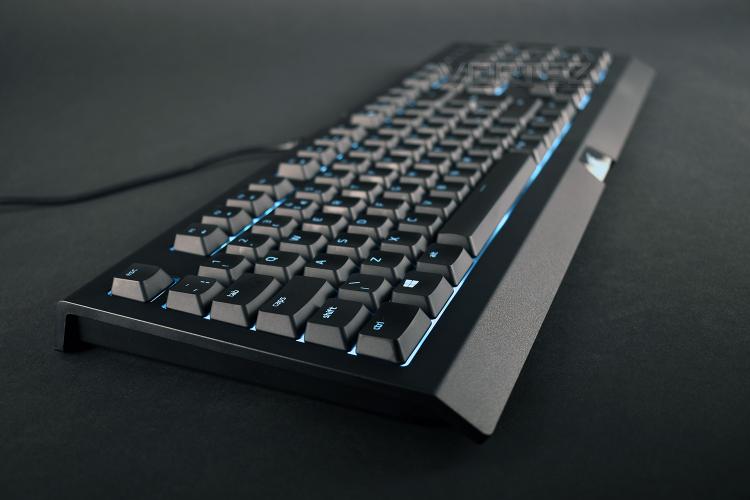 The RGB backlighting is much brighter and more noticeable than we expected on a keyboard in this price bracket. Razer employs a white backing behind the keys, just like it does with the more expensive keyboards, to help reflect the LED lighting towards the user. Not only that, but due to the design of the keys, being shallower than your typical mechanical keyboard, the light has less plastic to work its way around. The overall effect being a brighter and more colourful keyboard; the lighting is truly glorious.