👤by Tim Harmer  Comments 📅18-08-21
Closer Look
Switching our focus specifically to the keyboard, its important to once again reinforce that this is a standard full-sized keyboard layout in the main. Barring the four media keys and digital dial theres nothing youll see that differs from the majority of other keyboards on the market.

The frame itself is identical to the latest Razer Blackwidow and Huntsman models. An aluminium top-piece sits on a plastic frame that gives it light-weight rigidity and a smooth and classy matte black finish. From an aesthetic point of view the look is quite dissimilar to the brushed anodised aluminium popular with the competition. 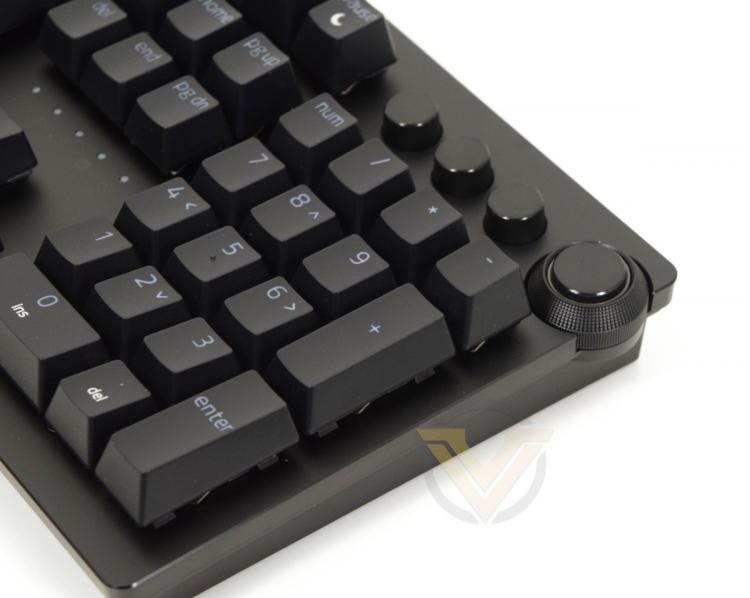 Located at the top-right and sitting just above the number pad are those media keys. Rewind, Play/Pause and Forward buttons are extremely shallow buttons, much more so than youd expect given their size. The Mute button by contrast has a more pronounced click, while the dial around it has only subtle notches and otherwise spins freely. None of these buttons have illumination shining through their keycap, and so the icon on each can be hard to make out in average to poor room lighting.

By including a set of dedicated media keys most of the Function keys (F1-F12) retain their single use. F9-F12 are exceptions, serving as Live Macro Recording, Game Mode, LED Brightness Up and LED Brightness Down respectively when combined with the fn key on the bottom row. The Pause key has similar dual-functionality, doubling as a quick system sleep shortcut.

Just below the HOME/END block are five indicator LEDs for modes the keyboard can be in. From left to right they are: Capslock, Numlock, Scrolllock, Macro Record and Game Mode. The first four are self-explanatory; Game Mode explicitly disables the Windows key and optionally Alt-F4 and Alt-Tab interactions through software. A label is etched into the aluminium below each LED, but these are so faint as to be almost invisible without a lot of ambient light. 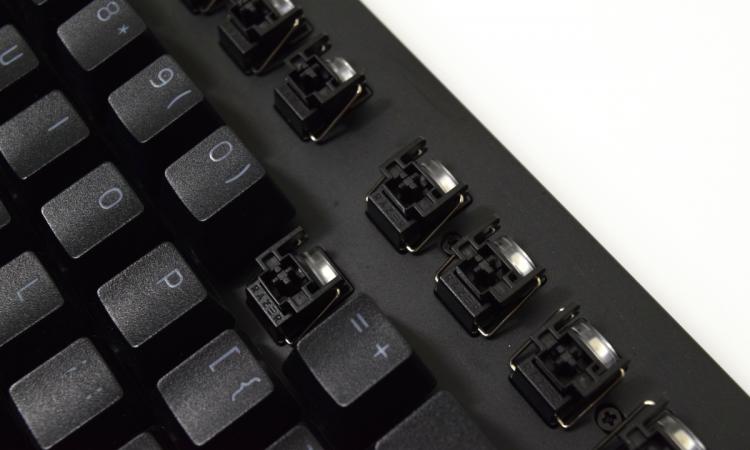 Arial is the font for the majority of the keys, lowercase Arial for the non-alphanumerics. Its an interesting choice that we cant say were a fan of, but its very much a personal preference.

Removing the keycaps exposes the analog optical switch. Its bordered on two sides by a metal stabilizer, while the central stem is a cross identical to the Cherry MX style. Topping it is the LED, which is covered by a transparent plastic cap.

The switch body, including the stabilizers, is fractionally larger than that of a Cherry MX switch. Furthermore the Razer keycap sidewalls are thinner than those on some 3rd party keycaps (such as those on the K100 RGB). As a result these keys might get stuck when fully depressed if an incompatible keycaps set are used due to the tighter tolerances, though the caps Razer supply are of course without issue. 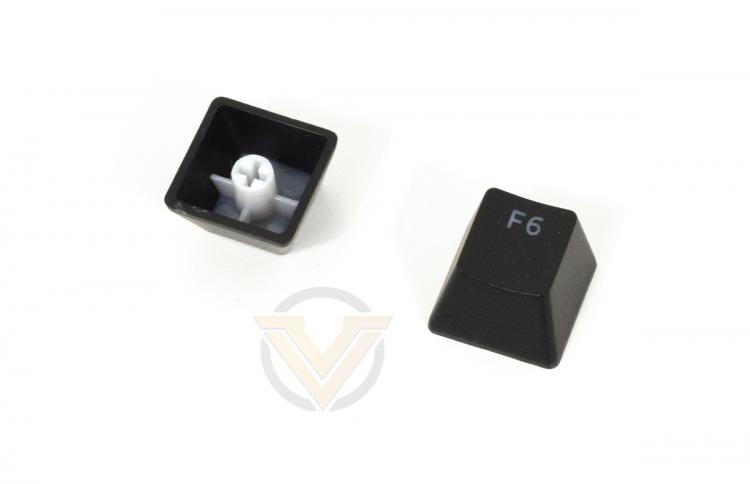 Each keycap is made with a PBT Doubleshot process, making the surface more durable and pick up grime less readily. The keys make a satisfying clunk when pressed rather than the more high pitched clatter common to mechanical keyboards with lighter switches.

When all the keycaps are removed there is unrestricted access to the frame, making cleaning between the switches easy. Thats another definite plus to this design.