👤by Tony Le Bourne  Comments 📅08-06-15
Software & Lighting
The software was more of a pain than most others to get through as it isn't simply a case of 'install-done'. Instead it was install> sign in (requiring me to reset my password as I had forgotten my previous details)> download another driver> install> restart> calibrate the virtual surround. The the driver wants to micro-manage each individual app setting. The headset by default stays on the virtual 7.1 setting, meaning you need to open the software (as it cannot be done via windows) and select the application running, then set it to stereo should you wish the change the rendering mode.

In the audio tab, there are various functions which help create different audio signatures, though after playing around with them all it felt like none were needed. There are various controls for the microphone as well as an equaliser allowing for further adjustment. Lastly there are controls to customise the headsets colour. On the Kraken, only the Razer logo lights up, which honestly looks very cool. It isn't just pointless lighting or colours and makes you appreciate the colour and design a lot more. To add to this, the colour gradients are some of the most accurate, and vivid colours I have seen on a headset. Yellow looks yellow, turquoise looks turquoise and magenta looks like magenta. 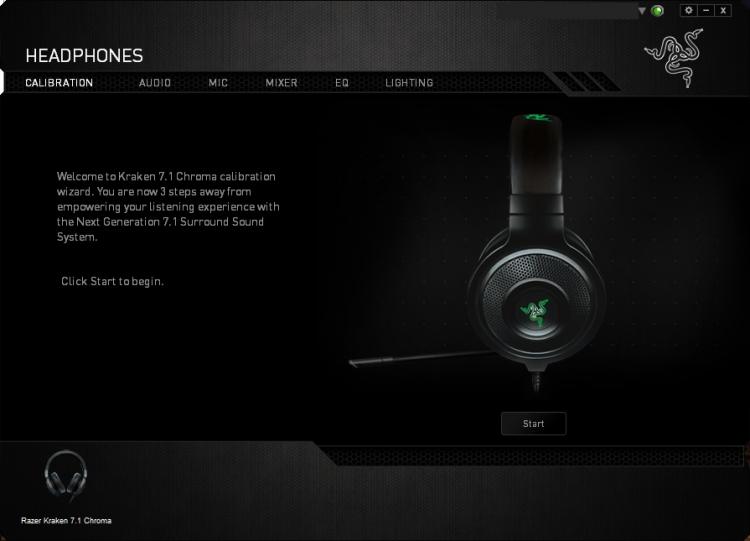 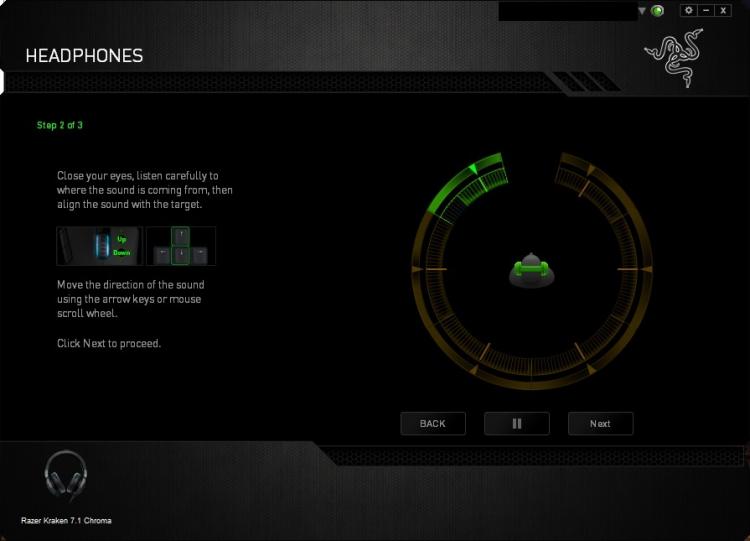 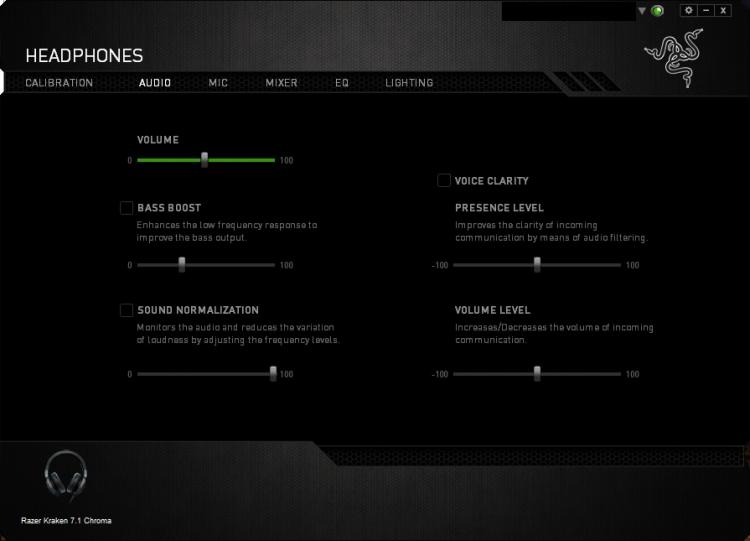 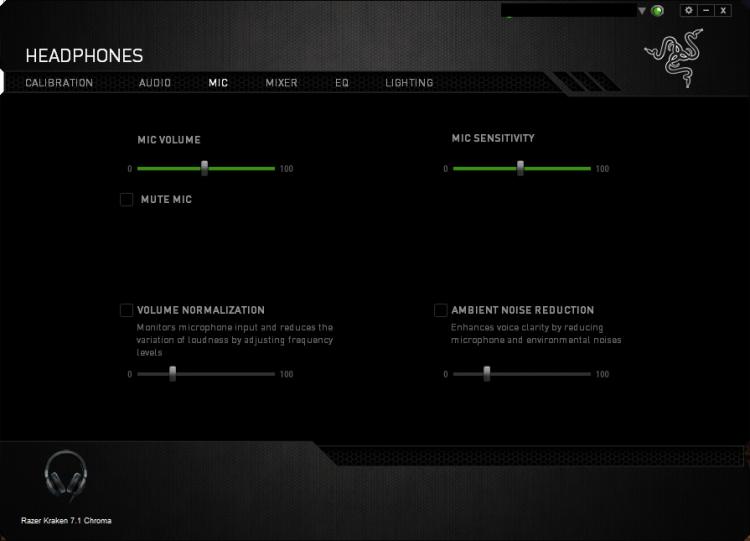 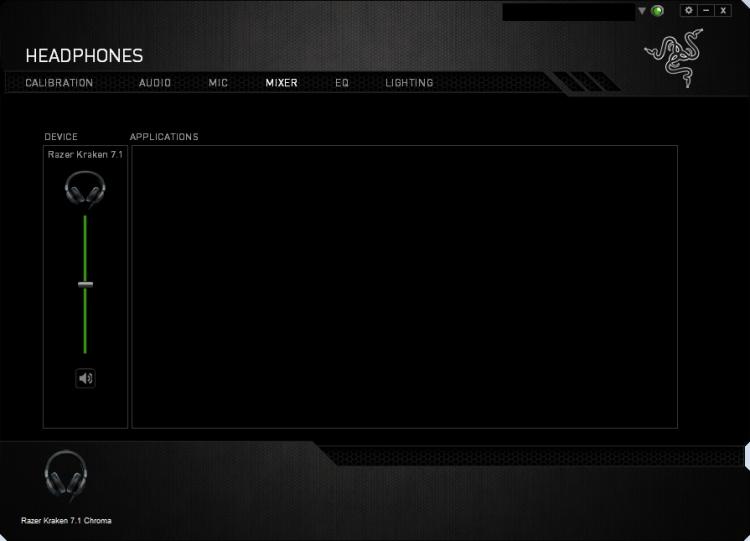 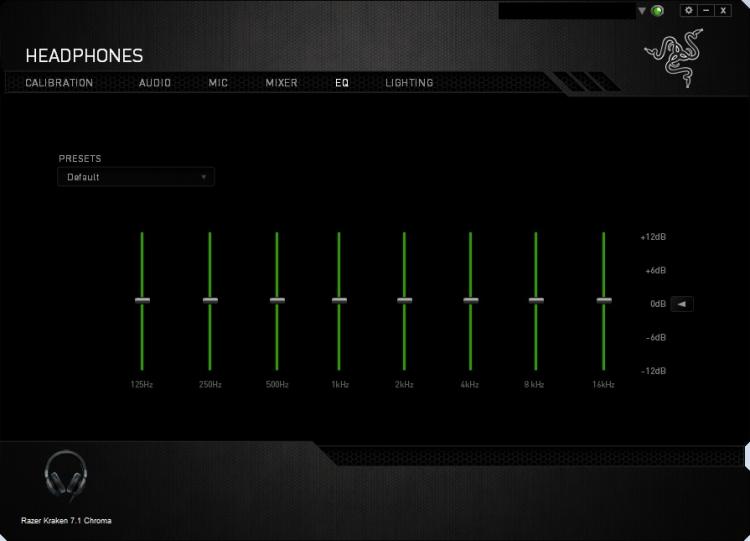 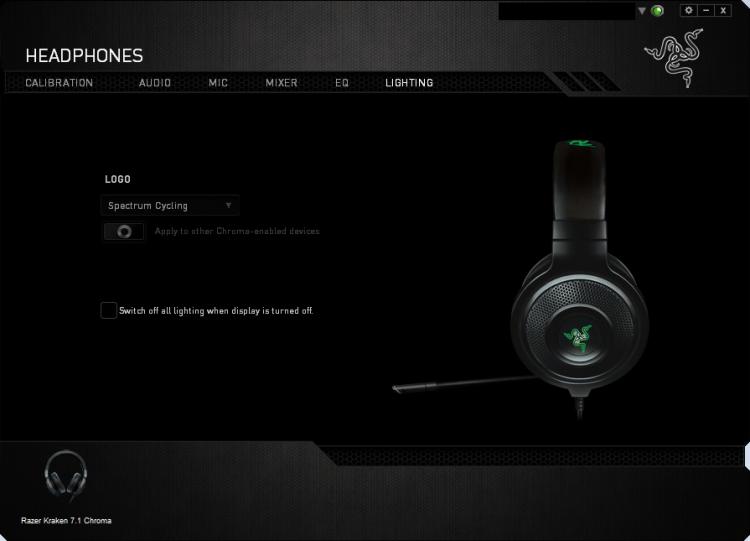 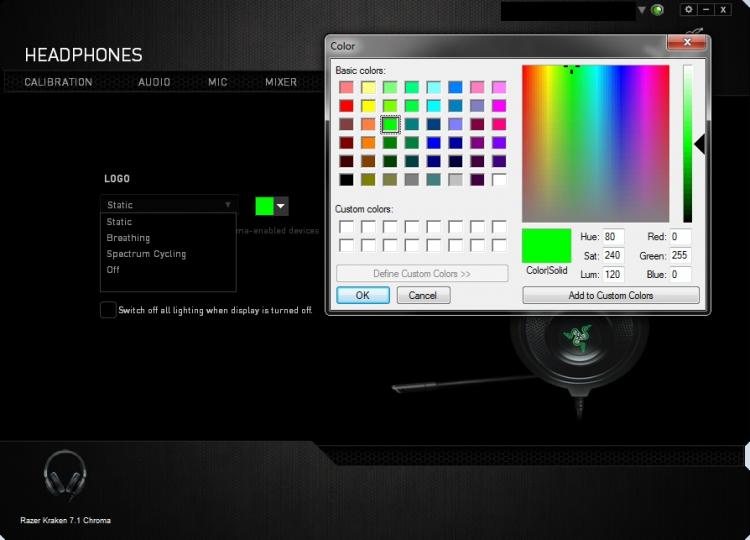 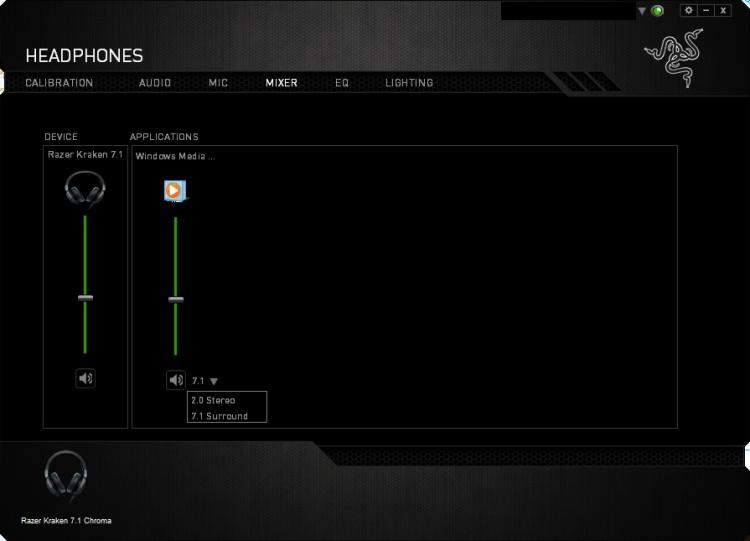