Any gamer worth their salt will be familiar with the name Razer. Indeed it is perhaps the first manufacturer many will think off when considering a new gaming peripheral, be it a mouse, keyboard or headset. Razer are perhaps best known for their mice though. The Mamba, DeathAdder, Boomslang, Abyssus etc all share a common theme - snakes and it is with this theme that we bring you their latest offering, the Naga Hex.

Carrying on from the snake naming theme which is used in most of their pro gaming mice products, the Naga hails from a Hindu and Buddhist mythology, it's full name being 'Sanskrit naga' meaning Serpent. The Naga was half human half serpentine who could assume either form. Accidental or not, the Naga also feature in perhaps the biggest MMORPG (Massive Multiplayer Online Role-Playing Game) who also take on a serpentine form. So in name at least, the Razer Naga Hex carries on the serpent traditions. 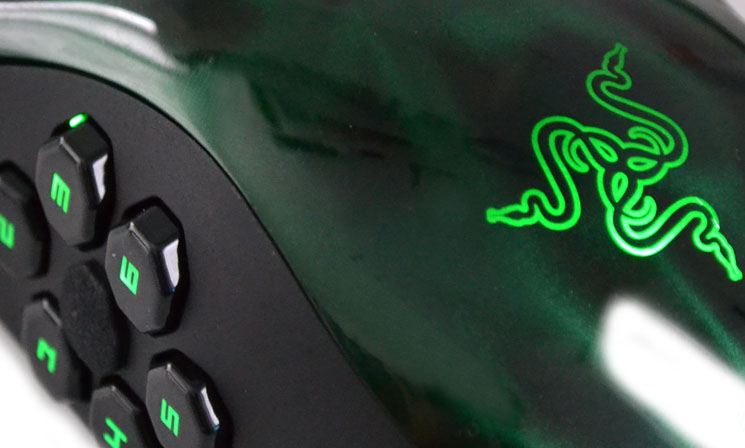 To get the most from a MOBA (Multiplayer Online Battle Arena), gamers demand peripherals that are accurate yet have multiple configuration options allowing them to map abilities to various controls. This in turn can give the gamer the edge in reaction speeds, winning them the crucial battle.

Cast from their Expert range, the Naga Hex aims to satisfy the RPG/MOBA gamer by giving them a mouse that has not one or two but six mechanical thumb buttons, Razer Synapse which allows you to take your mouse settings with you wherever you are and an ergonomically perfect design. The Razer Naga then seems to be the Holy Grail of MOBA mice.

About Razer
Razer is more than just the world's leading brand in gaming.

We were founded in 1998 in San Diego, California by our CEO Min-Liang Tan and our President Robert "Razerguy" Krakoff in a tiny shared office with a couple other gamers. We have grown today to hundreds of employees worldwide with offices in nine cities, including San Francisco, Hamburg, Seoul, Shanghai and Singapore.

Our vision from the very beginning was to be the world's greatest gaming brand and we've set out to achieve that by designing the best gaming products that any gamer has ever seen.