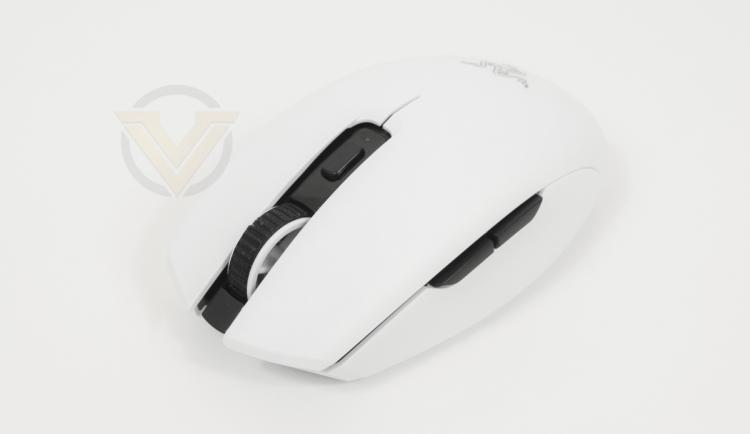 From the top down the Orochi V2 looks almost like a standard six button mouse. Its stretched aspect and tapered rear is reminiscent of out and out gaming mice, whereas those unfamiliar with the model might have expected the fat-bottomed compact shape similar to the original Orochi or the Atheris, Razers other mobile mouse. As a consequence it fits in the hand nicely and moreover doesnt feel strange or awkward. Smaller hands in particular might find this shape the most appealing.

A wheel and single button are the two major features adorning the top, but an indicator LED sitting just below them helps you determine the status of wireless connectivity. Blue is Bluetooth, Green is Hyperspeed, and flashing means that its searching for a connection on that particular band. 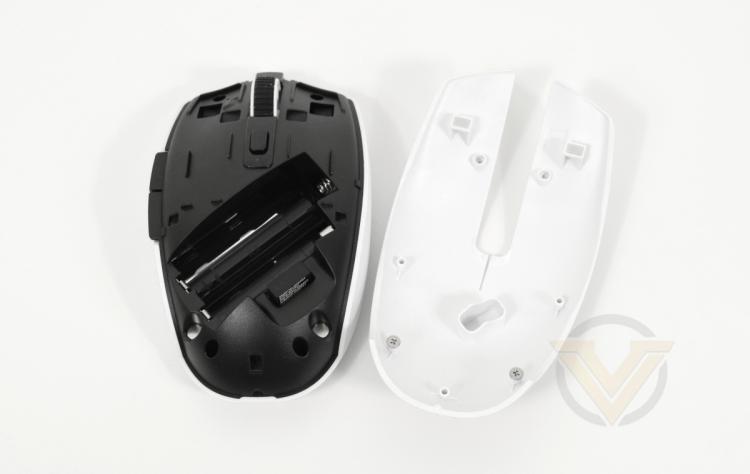 The left side features two thumb buttons in their logical location just above a curved side-wall section thatll help users grip the mouse. Both buttons are stiff and responsive without any mushiness experienced on other mice in this class.

The right side has no distinguishing features; this is very much a mouse intended for the right hand. 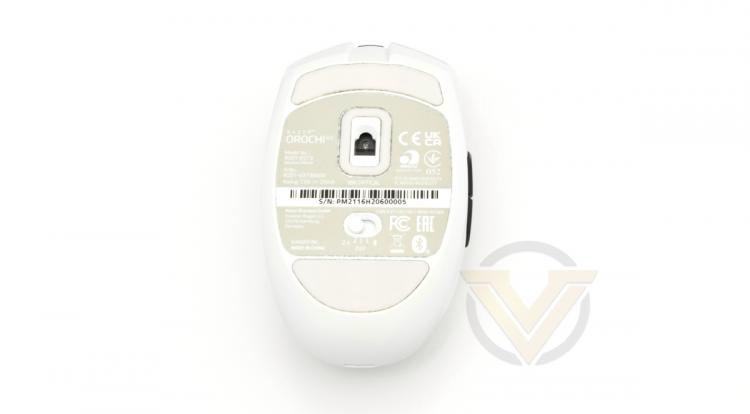 The floor* tells a story of relative simplicity. Two large low-friction skates keep the mouse slippery on mats and desks, and a third low-friction section surrounds the sensor apparatus and protects it from lint build-up. Below it sits the 3-way mode selector for 2.4 GHz (Hyperspeed), Bluetooth or Off. The rest of the space is repurposed for certification information, product and serial numbers and not much else. Simple, well-designed and without features that will get in the way of its primary role. 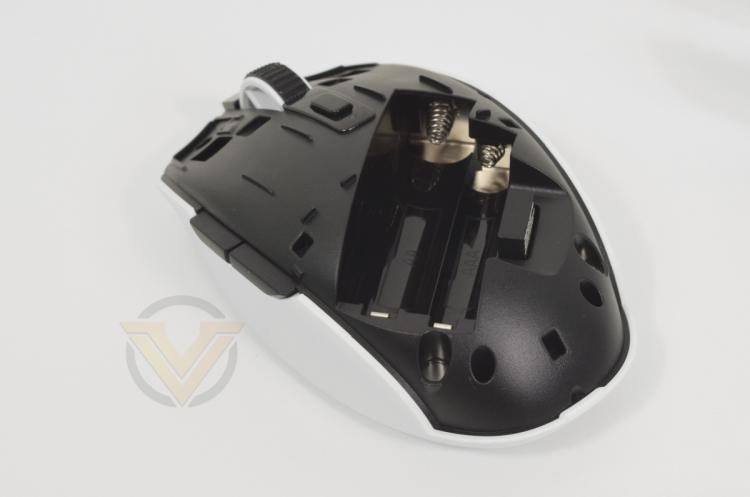 Time to move on to the Orochi V2s party trick. Rather than placing compartments on the floor for installation and retention of batteries and wireless dongle, the entire palm and button section is levered off to reveal storage points for each.

This section of the mouse exterior is held in through two strong magnets. It pivots about the switches and care should be taken when repositioning it once youre ready to go. Both battery and dongle are held snugly and wont pop out in the normal course of travelling from one location to another, but they wont remain in place when dropped from even small heights (<0.5m) if the cover isnt also in place.

And finally, the wireless dongle itself has its companion mouse printed clearly on the side, a change that wasnt the case with the Basilisk Ultimate. That should help prevent it from getting lost in a sea of dongles.


*Image shown is of the Orochi V2 after testing, showing lint build-up around skates over this period.