At the tail-end of 2016, Razer introduced the Razer Raiju for the PS4, a custom designed gaming pad with the intention of giving you the competitive edge against your friends. Fast forward a couple of years and we see the Razer Raiju Ultimate, with many tweaks designed to further that advantage. 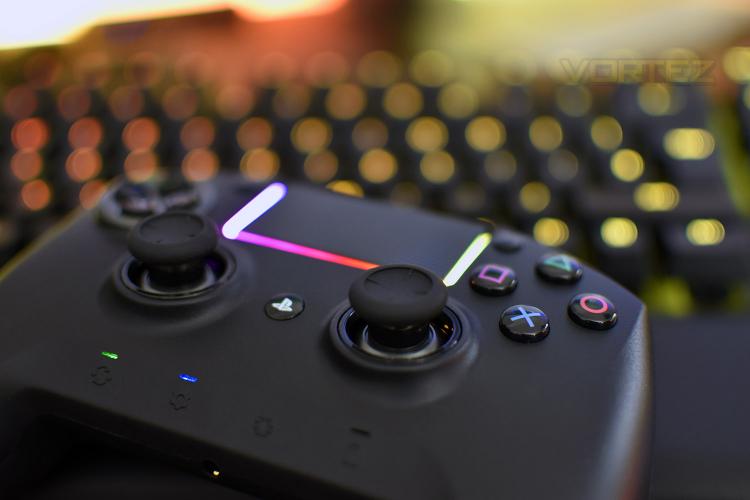 Razer have used the familiar Dualshock 4 layout and customised that design somewhat, while also tweaking the design in several ways, including Mecha-Tactile Action buttons, interchangeable thumbsticks and D-Pad, additional buttons and a row of function switches.

The Razer Raiju Ultimate is configured via smartphone, either iOS or Android, with the app controlling both lighting and button mapping.

Razer also offer the Razer Raiju Tournament Edition with cutback features but today we investigate the Ultimate Edition. Lets see what its made of.

Razer on the Raiju Ultimate:
The Razer Raiju Ultimate is the wireless PS4 controller that allows advanced customization via our own mobile app. Whether its remapping multi-function buttons or adjusting sensitivity options, you have full control from the palm of your hand. Take it further with interchangeable thumbsticks, and choose either a tilting or individual D-Pad button layout. Enable functions on the fly with a quick control panel, and activate Hair Trigger Mode for quick-firing action. Comes with 3 connectivity modes: PS4, USB and PC without manual repairing for optimal efficiency. Also features wired mode.