The market is currently awash with RGB mechanical keyboards, some of which command prices up to £200 for a full feature-set. So how much sense does a membrane keyboard make in 2018 for proper, competitive gaming?

The ROCCAT Horde AIMO features ROCCATs pioneered Membranical keys, supposedly offering the best of both worlds; a silent key with a distinct and precise feel. Its also designed with latency in mind, with only a 7.8ms actuation speed, compared to a standard membrane keyboards 9.0ms.

Of course, as the AIMO nomenclature suggests, the keyboard also utilises ROCCATs RGB lighting eco-system, an intelligent lighting system that grows and adapts with your particular usage style, and also scales with other AIMO-enabled devices such as the Khan AIMO or Kone AIMO. 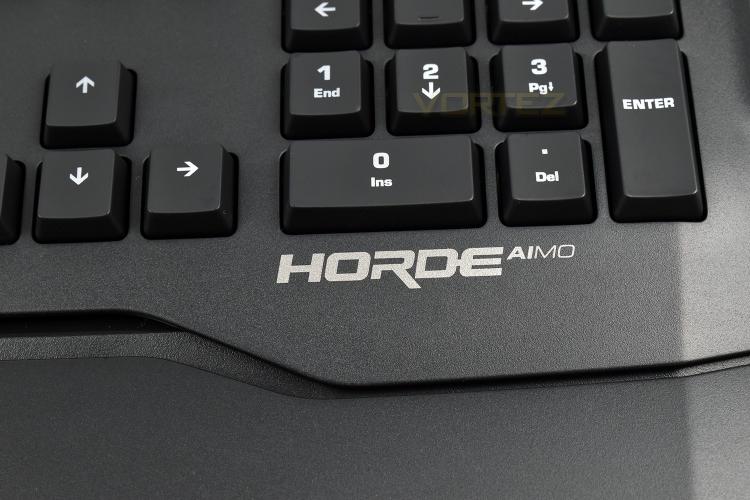 A tuning wheel, as ROCCAT calls it, is attached to the top-right-hand corner of the keyboard, seemingly to be used to adjust settings or parameters, with Volume, Brightness, Colour, DPI and Hotkeys annotated on their website.

The ROCCAT Horde AIMO appears to offer the basics with some added flair, but can it really compete with a whole host of true mechanical offerings currently on the market?

ROCCAT on the Horde AIMO:
Meet the Horde AIMO, the fully equipped gaming keyboard that brings a new meaning to the word extras. Built from the ground up, its ROCCAT-pioneered Membranical keys represent the best of both worlds between membrane and mechanical. The custom keys were designed and engineered from scratch to enhance key distinction and precision. The Horde AIMO also boasts quick-fire macro keys, a configurable Tuning Wheel and keys plus multi-zone RGB illumination customizable in 16.8m colors to make it the most feature-rich keyboard on the market. Fully equipped, period.