ROCCAT, now under the control of the gaming audio giant, Turtle Beach, have been producing peripherals in Germany for over 10 years, some of which have been truly excellent, so when they offered us the opportunity to test the mouse that they describe as their masterpiece, we couldnt turn them down.

They began this journey by setting out to improve the click of the mouse buttons but eventually found themselves obsessing over almost every part of the device. They claim to have remastered every detail from the internal mechanics to the outer coating, resulting in the ROCCAT Kain 120 AIMO.

The grippy, durable coating on the outer of the Kain has been developed by ROCCAT to ensure your mouse remains in pristine condition for years to come, while also being easy to hold; and thanks to its ergonomic design, itll be comfortable too. 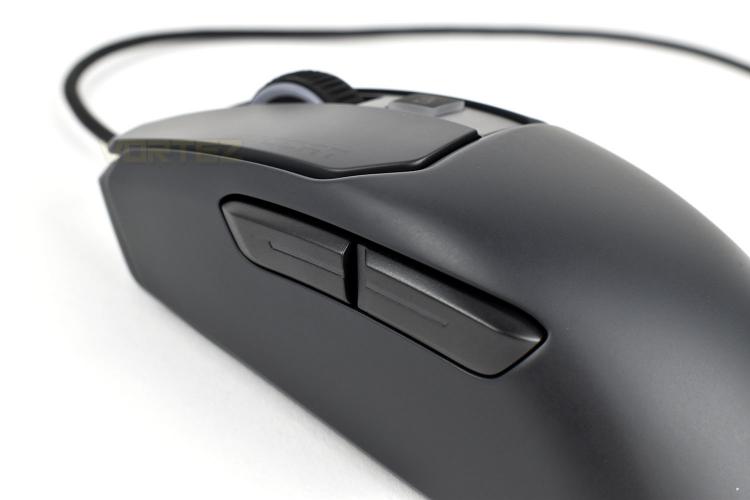 While were all used to talking about the different feel of mechanical switches on keyboards, mice are often overlooked. ROCCAT overhauled many of the internal components of the mouse click to culminate in the Titan Click, a precise mechanism with the aim of being pleasurable and distinct in its use. While they were at it, they also worked on improving the response time of the signalling, because milliseconds matter in a world of 240Hz monitors and multi-million-dollar prize pools.

If the above is to be believed, pricing seems very competitive, but the proofs in the pudding so lets chuck some games at it and see how it behaves.

ROCCAT on the Kain 120 AIMO:
The Kain has been a long time coming. It was obsessed over, but in the best possible way. The starting vision was to create the best possible click, but this evolved into a meticulous analysis of just about every part of the mouse. We remastered each detail, from the shape to the internal mechanics to the surface material. We dont use the word lightly, but were proud to call it our masterpiece.