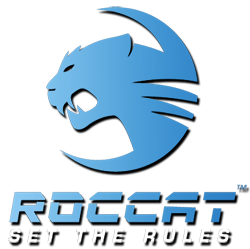 Not a week has passed since the review of the ROCCAT Ryos MK mechanical keyboard and we have another peripheral for your consideration - the ROCCAT Kone Pure Optical. But first, a little background.

The Kone is a now venerable mouse range from ROCCATs already comprehensive stable of gaming peripherals. The original Kone was of a 2008 vintage, but had customisation options rare for its time and still uncommon by today's standards. More recently the Kone XTD brought very high levels of customisation, even beyond that of the original, whilst the Kone Pure stripped it all out to perform as the name indicates - a pure gaming mouse. Although the Kone Pure Color introduced a range of colour options this fundamental ethos has remained true.

With that in mind, we come to the Kone Pure Optical. Its a subtly different beast to the Kone Pure, which integrates the 8200dpi Pro-Aim Laser Sensor R3 for scanning the mousing surface. In order to satisfy those with slightly different preferences the Pure Optical utilises a 4000dpi Pro-Optical Sensor R3; in most other aspects the Pure Optical is identical, only changing up the aesthetics slightly and removing a tracking control unit no longer relevant without a laser sensor.


About The ROCCAT Kone Pure Optical

You wanted it. We listened to you, and we made it. The killer performance of the ROCCAT Kone Pure, now with an ultra-precise, true 4000 DPI Pro-Optic (R3) optical sensor. Celebrating the five year anniversary since the award-winning Kone series was born, the Kone Pure Optical is a hat tip to the community feedback that shaped the series success story. With groundbreaking innovations such as Easy-Shift[+], Talk®, and Talk® FX, ROCCATs Kone series has continued to set a new standard in gaming.

Its veins pumping with fabled Kone blood, the Kone Pure Optical combines the customizable functionality and ergonomic shape of the Kone Pure  91% the size of the Kone  with the unique feel of an ultra-precise optical sensor. Adjustable to 400, 800, 1200, 1600, 2000, 3200 and 4000 DPI, the Pro-Optic (R3) optical sensor delivers lag-free speed and control to suit your gaming style.

Although not especially relevant to the vast majority of gamers, the relative merits of Optical and Laser sensors make ROCCATs decision to include an Optical variant quite an interesting one. For some time there has been a DPI arms race, with the assumption that higher DPI means a better sensor. Thats not quite the case as aficionados will attest - scan rates and other factors still play a major part in sensor dynamics beyond DPI. A large proportion of ROCCAT fans clamoured for an Optical version of the Kone Pure to suit, and ROCCAT delivered.

Setting sensors aside, the Kone Pure Optical still features ROCCATs other gaming technologies such as ROCCAT Talk, Easy-Shift[+] and switches designed in partnership with Omron. The result is a compact design by gamers and for gamers, which at £54.99 is actually less than the standard price of the Kone Pure.

There are currently 596 user(s) online:
Google