As it's predecessor did before it the ROCCAT Kova AIMO makes use of the ROCCAT Swarm software which offers an extremely in depth level of customisation, there is the option to set up 5 individual profiles, each with different settings, a demonstration of the software in action is available below.

In use the ROCCAT Kova AIMO performs very well, and it feels like a mouse that is well built. The scroll wheel is firm enough that you will not scroll accidentally while using the middle click and the left and right click buttons have a satisfying click to them. 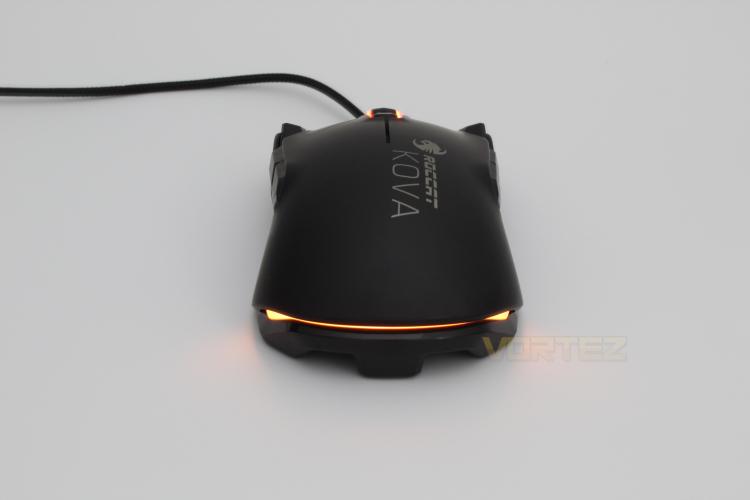 We found that in whatever game we were playing the sensor served us well and each of the reprogrammable buttons were easily reachable on either side. Weighing in at 99g this is a rather light mouse so there is no risk of any fatigue from weight.

The only downside that we found was that the mouse was a little to slim for our large hands so we would like to see a wider model in the future!