👤by Kurtis Simpson  Comments 📅08-05-15
Closer Look
The ROCCAT TYON comes packaged in a fairly uniquely designed box. As evident by its size and feature showcase, the product that awaits inside is clearly no ordinary mouse. Similar to the packaging of most gaming mice on the market, a Velcro-patched flap reveals a clear plastic window, allowing potential buyers to gain a feel for it's size and weight. Described as the ALL ACTION MULTI-BUTTON GAMING MOUSE and PIONEERED FOR THE MODERN BATTLEFIELDS, ROCCAT's clearly gearing this mouse to those who participate in First-Person-Shooters, primarily within games that make use of vehicular-warfare. 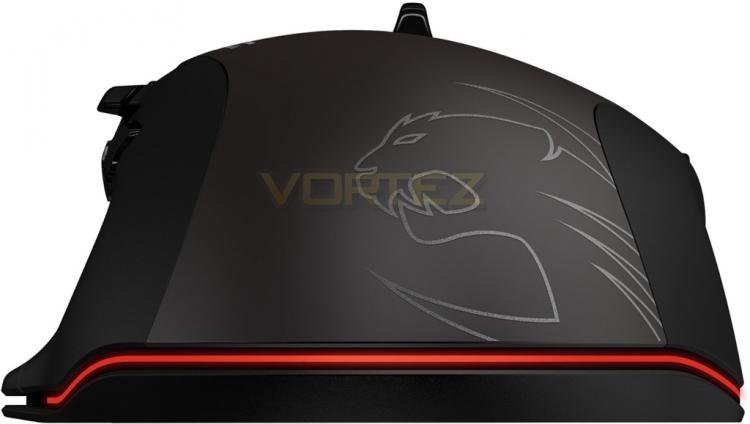 Highlighting the key performance features of it's multi-button design, the ROCCAT TYON believes itself to be an actual tank. And considering the aesthetics of it's design it's hard to disagree. Armed with the essentials of nothing more than a quick start guide and a sticker sheet, additional software that takes full-advantage of the mouse is required to be installed upon downloading from the manufacturer's website. 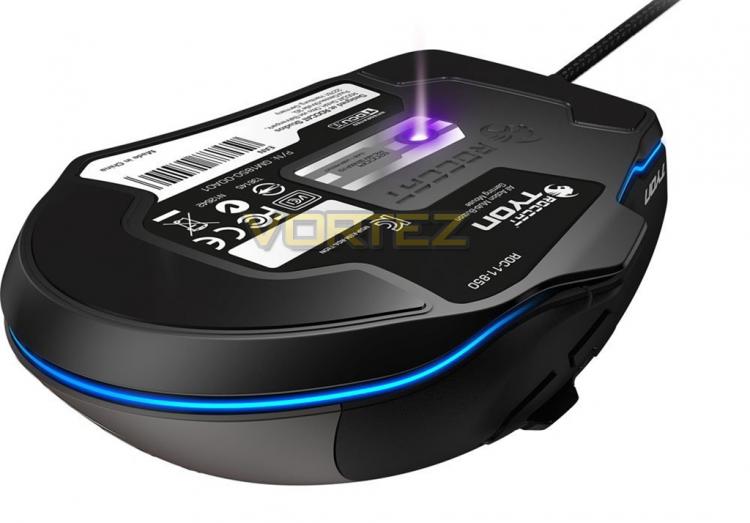 Basing the aesthetics of the TYON to that of a military tank, the bulky and fairly weight nature of the mouse holds an appearance that's certainly an eye-catcher. With each button positioned in reach of the user's finger layout, despite the number of buttons that the TYON entails, getting used to their positioning is a simple and rather quick one indeed. Two buttons each bordering the right and left clicks, an additional three in-reach of the user's thumb with ROCCAT's X-Celerator paddle located just above, and lastly a fin switch, which sits between the user's knuckles allowing quick adjustment for custom-configured functions. 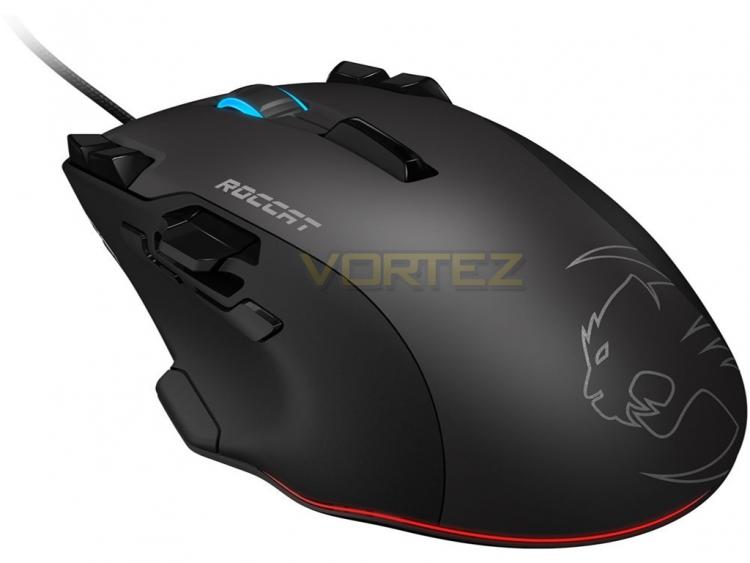 Boasting 16.8 million multi-colour illumination, the ROCCAT TYON packs two separate LEDs, with one located under the scroll wheel and the other highlighting the base of the mouse. As the model on-hand comes in a black and grey configuration, with an alternative variation available in black and white, the lighting controls do well in providing the user with a strong suite of colours. Much appreciated although it's fair to say it should be considered a norm at this point, is the braided USB cable. Providing enough length as well as enough flex for efficient cable routing, I do wish ROCCAT had made the cable thicker, just to emphasize the brutal and bulky nature of the mouse itself.

Using the TYON in actual gaming and becoming familiar with its handling, it feels good in saying that the mouse is very comfortable. Finding a mouse that's both suitable for it's purpose and finding the comfortability to match it, can be a chore at times, especially when the mouse is already pleasing within its visual department. In regards to the build quality of the product, the ROCCAT TYON is every bit worthy of the vehicle it seeks to emulate. Everything feels solid.