ROCCAT, a German gaming brand, have been piecing together gaming peripherals for 11 years now, within which theyve released some truly great items. Today we look at their latest and greatest, the ROCCAT Vulcan AIMO 120, the flagship keyboard in a 3-tier line-up which also features the Vulcan 80 and Vulcan 100 AIMO.

Stand out features on the Vulcan 120 AIMO include their brand new Titan mechanical keyswitches, designed from the ground up to provide a swift and precise motion while retaining the tactile feel. Paired to those keyswitches are shallow keycaps that are roughly 50% lighter than standard to provide a rapid response and change the appearance of the keyboard drastically.

An anodised aluminium backplate has been used to give the keyboard structural rigidity to survive daily usage while helping to accentuate the RGB AIMO illumination; a ROCCAT-designed lighting system that reacts to user inputs and provides truly unique lighting effects. 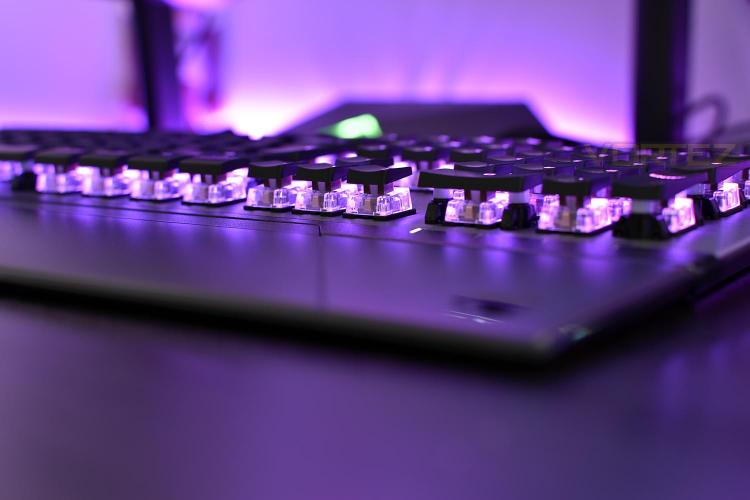 The Vulcan 80 offers a no-frills, no-nonsense approach to the gaming keyboard, giving gamers the essentials while the Vulcan 100 AIMO adds RGB lighting and multimedia functions. The Vulcan 120 AIMO that we review today arrives with a magnetic wrist rest and per-key RGB lighting with unique effects.

The Vulcan AIMO 120 lands with a price tag of £149.99 in the UK, so it sets itself firmly against the likes of Corsair, Razer, SteelSeries and Logitech but lets delve into the testing and look at the new Titan switch to see what its made of.

ROCCAT on the Vulcan 120 AIMO:
The Vulcan is a precision gaming tool that lets you sense its performance from the first glance and the first key stroke. Developed following the renowned principles of German design and engineering, it is the best keyboard ROCCAT has ever built.