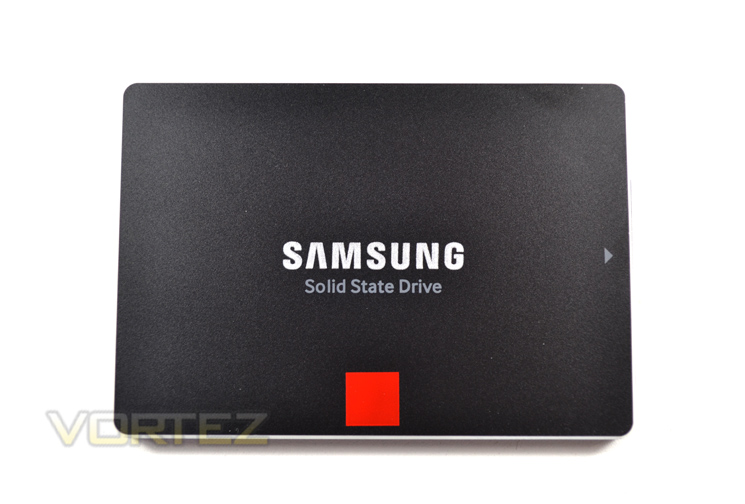 The drive itself looks a little basic with its minimalist design. The drive's graphics feature matt black colouration with a dark grey logo atop of a red square. The chrome edging was a nice touch however and makes the drive more eye catching then a photo can recreate. Being just 6.8mm in height it should not have any issues being built into most setups and with the heaviest version (1TB) weighing just 66g, portability should never be an issue either. 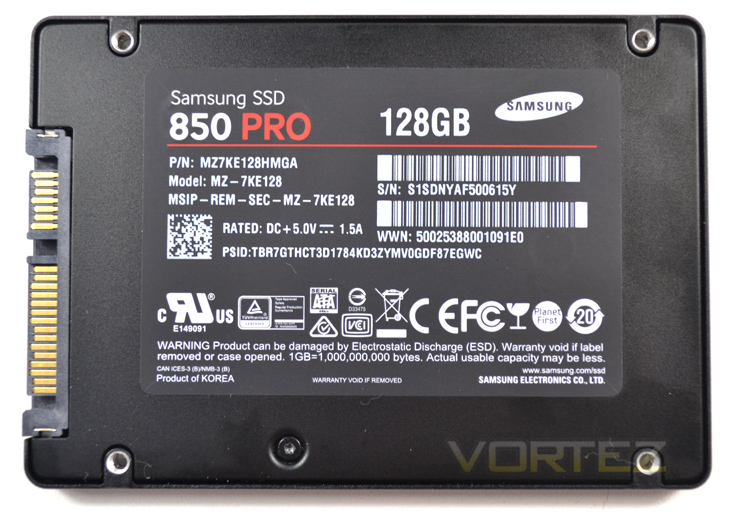 The rear of the drive features a host of serial numbers along with warnings regarding ESD and of course the drive title and size in bold font. 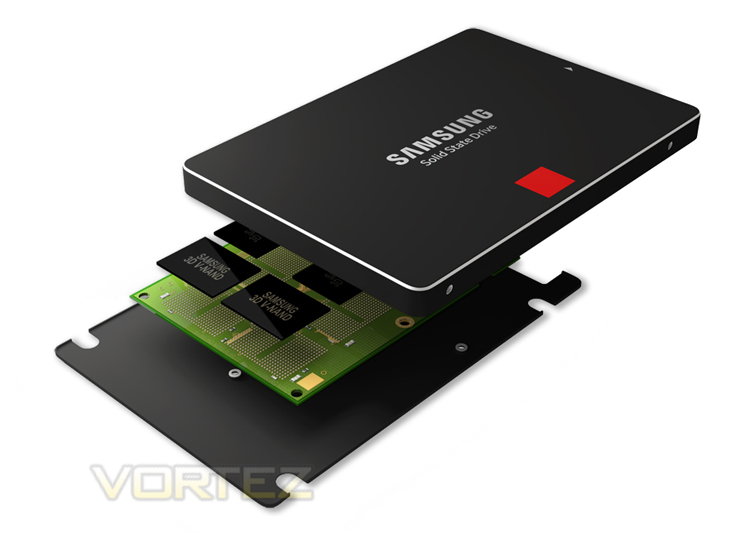 Inside the Samsung 850 Pro you will find 32 layer 3D V-NAND flash memory along with Samsung's 3-core MEX Controller. The 128GB we have for review today will come with 256MB of DRAM Cache memory while 256 and 512GB drives will see this value increase to 512MB. Samsung will also release a 1TB drive which will have a huge 1GB of LPDDR2 cache.