We recently saw Samsung release information on their latest generation of SATA based solid state storage in the form of the Samsung 860 Pro and 860 Evo, available in 256GB, 512GB, 1TB, 2TB and for the first time in a consumer SSD, 4TB capacities. Today we look at the 860 Pro 256GB variant, probably the most popular of all the capacities available.

Samsung claim this to be their most consistent SSD to date, delivering faster speeds in more scenarios, even with heavy workloads or multiple tasks simultaneously. We should expect to see read speeds of 560MB/s and write speeds of 530MB/s, according to Samsung.

Not only do they claim a faster drive, its also more enduring. Samsung have used their latest V-NAND technology to offer up to 8x higher TBW (Terabytes written) compared to the previous 850 series. If this rings true, we should finally be at a point where the TBW of a drive is of such little concern that we barely need to mention it; good news for the consumer.

These numbers certainly read well, but with the outgoing generation being close to 4 years old now, we do expect some substantial gains. Read on to find out just how much better the 860 series is. 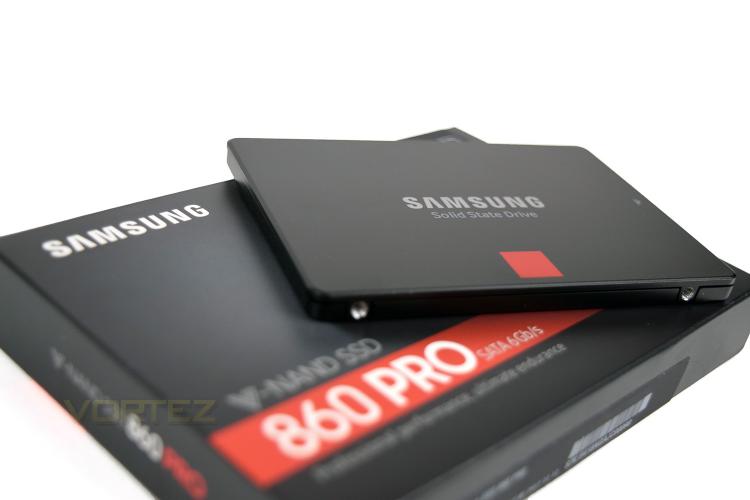 Samsung on the 860 Pro:
Get industry-leading reliability with the 860 PRO. Powered by the latest V-NAND technology and a robust algorithm-based controller, it readily handles heavy workloads of high-end PCs, workstations and NAS (Network Attached Systems) to give lasting assurance to gamers, IT and creative professionals.