👤by Matthew Hodgson  Comments 📅24-04-18
Conclusion
The tests show a distinct increase in speed over the 960 EVO, despite the drop in capacity between the review models, with the 960 EVO being a 500GB drive and therefore featuring higher read/write throughput.

AIDA 64 and Anvil Pro both showed some exception results, particularly the 4K QD4 IOPS Write test within the Anvil Pro page, hitting over 180,000 IOPS which is almost 40,000 more than the previous generation.

Price is also much better this generation, with the 250GB arriving with a price tag of only £100, compared to the launch price of the 960 EVO which was closer to the £150 mark. Even the top-tier 2TB drive lands at a relatively cheap price of £709.99.

Theres no questioning the performance of the 970 EVO drive, even in the smallest capacity. The 3-bit V-NAND paired with Samsungs revised Phoenix controller offers brilliant speeds, both in absolute throughput and IOPS in both directions. The drive is likely best suited to image/video creation scenarios, or where highly storage intensive workloads are common place.

Considering the price differential between the 970 EVO and PRO, we would have to recommend the EVO every time, unless you explicitly require the raw horsepower of the 970 PRO. Please also bear in mind that the 970 PRO tested is the 1TB model, with optimal performance whereas the 970 EVO is the 250GB version, with some cut backs to absolute throughput as a consequence of the lack of capacity. 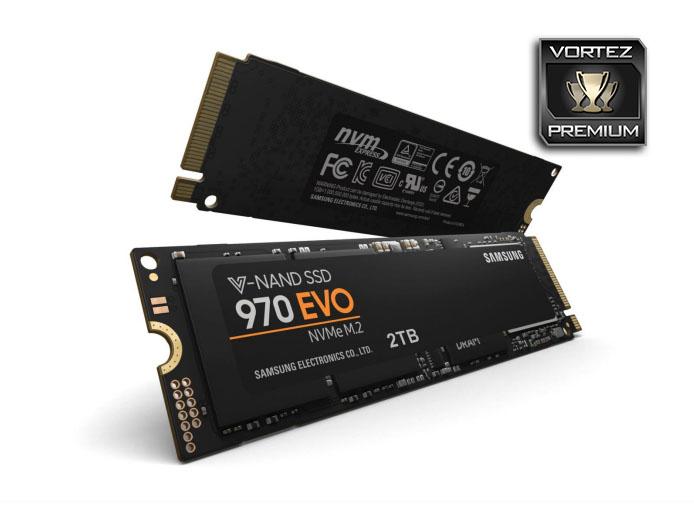 If you produce content or just hate waiting around, the Samsung 970 EVO will fulfil your needs, without breaking the bank!