👤by Tony Le Bourne  Comments 📅13-03-18
Performance Testing
Setup, Design & Observations
To setup the Arctis Pro + GameDAC you will need a spare USB port on either your PC or PS4, along with the correct cables to setup in one of the various ways outlined in the manual. As we are connecting to a PC, the setup was rather straight-forward, with the GameDAC waking up and providing you with an 18 step guide to setting it up. Unfortunately the latest software update supporting the Arctis Pro was not available to us, and so there are some features we could not access. These primarily include the RGB LED customisation, and likely some various noise reducing technologies for the microphone.

As expected of Steelseries, the build quality of the Arctis Pro is fantastic. Solid, good quality materials. The headset itself is rather flexible, and comfortable for long gaming sessions, but I had noticed that the Arctis Pro is rather heavy, and so may cause a little fatigue with some people. 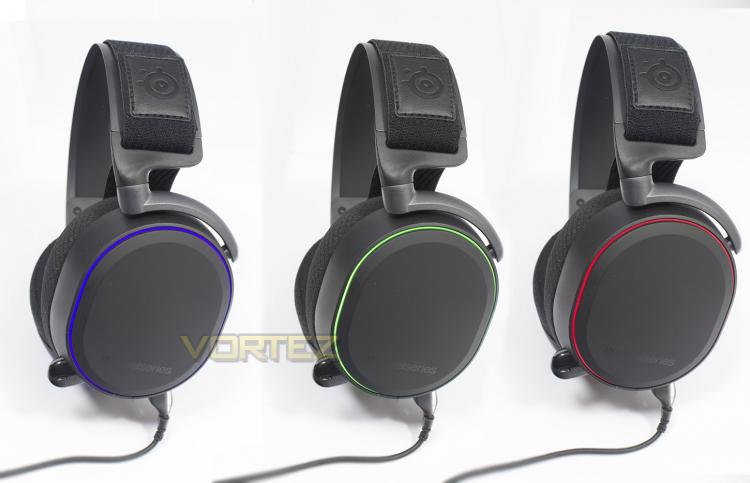 Multimedia
Using the DAC to listen to some music we could hear the Arctis pro expertly handle complex audio, while remaining very distinct, and powerful. The bass is smooth, and tight, while the little details in the middle and treble remained.

We spent a little time playing through various games to test out the DST Headphone:X v2.0. It required some attentive listening, but the details provided in regards to positional audio was surprisingly excellent, despite it being rather subtle. Some may expect some static or background noise, or even an artificially widened reverb effect, but not here. Activating the DTS mode doesn't widen the audio so much, but there is a mild improvement in the sense of depth and scale.

Microphone
We noted that while recording, the microphone was rather close to our mouth and it picked up a fair bit of puffy/mouthy/breathy sounds. This was recorded at Microphone level 5 via the GameDAC, and without any audio filtering or noise reduction that may be provided by the Steelseries Engine 3. Also, the microphone was tested without using the included windbreak which may help to reduce some of the windy noises.