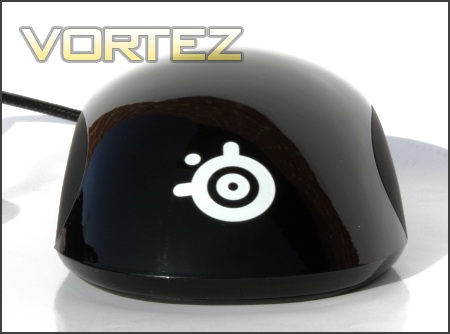 The rear of the Kinzu

The most notable part of the appearance is perhaps the glossy piano black finish of the mouse, and on the rear the Steelseries logo is prominently displayed. The top feels just as smooth as it looks. Note also that this is an ambidextrous design, so lefties are welcomed with open arms once again to the Kinzu shape. 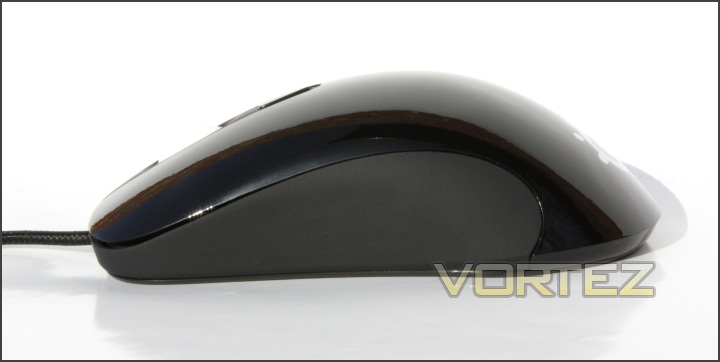 From the side, the Kinzu V2 is very similar to the original Kinzu. Points of note include the partially rubberised section that allows from some grip on the sides of the mouse, and the fact that the whole mouse is quite small and low compared to a lot of other gaming mice (Razers DeathAdder, Logitech G400 etc.). There are also no side buttons, which may be sorely missed by those who use them in games for that extra competitive advantage.

Unfortunately, where the textured area meets the glossy on the rear of the side, there is an unwanted sharp edge on the example I am reviewing. 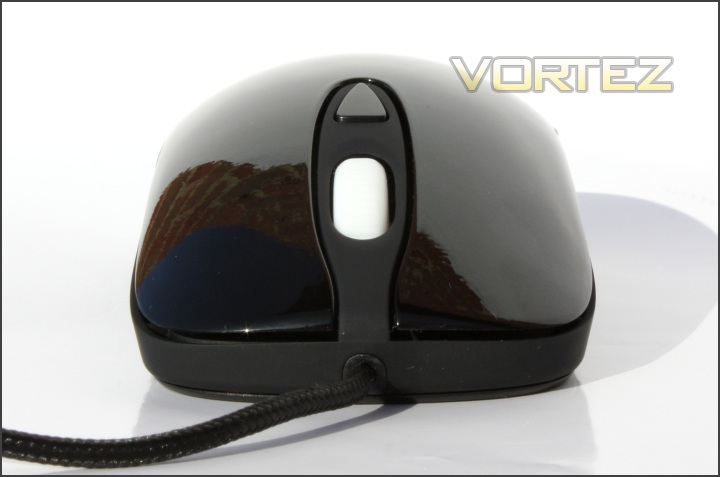 As you can see, the top part of the mouse forms a complete shell that flexes for the right and left clicks. There is a third button above the mouse wheel that can be configured, but by default controls the CPI setting between 3 presets. 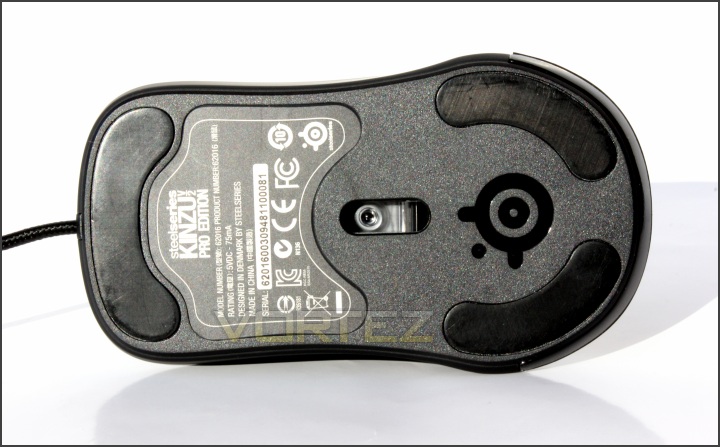 On the base of the mouse, revealed is the gaming-grade optical sensor and substantial UPE glides that make up 16% of the surface, allowing for smooth movement across the mouse pad. SteelSeries suggests that they are replaced regularly but does not bundle a spare set with the mouse. Otherwise, the Kinzu remains simple here with no adjustable weight or extra gimmicks.